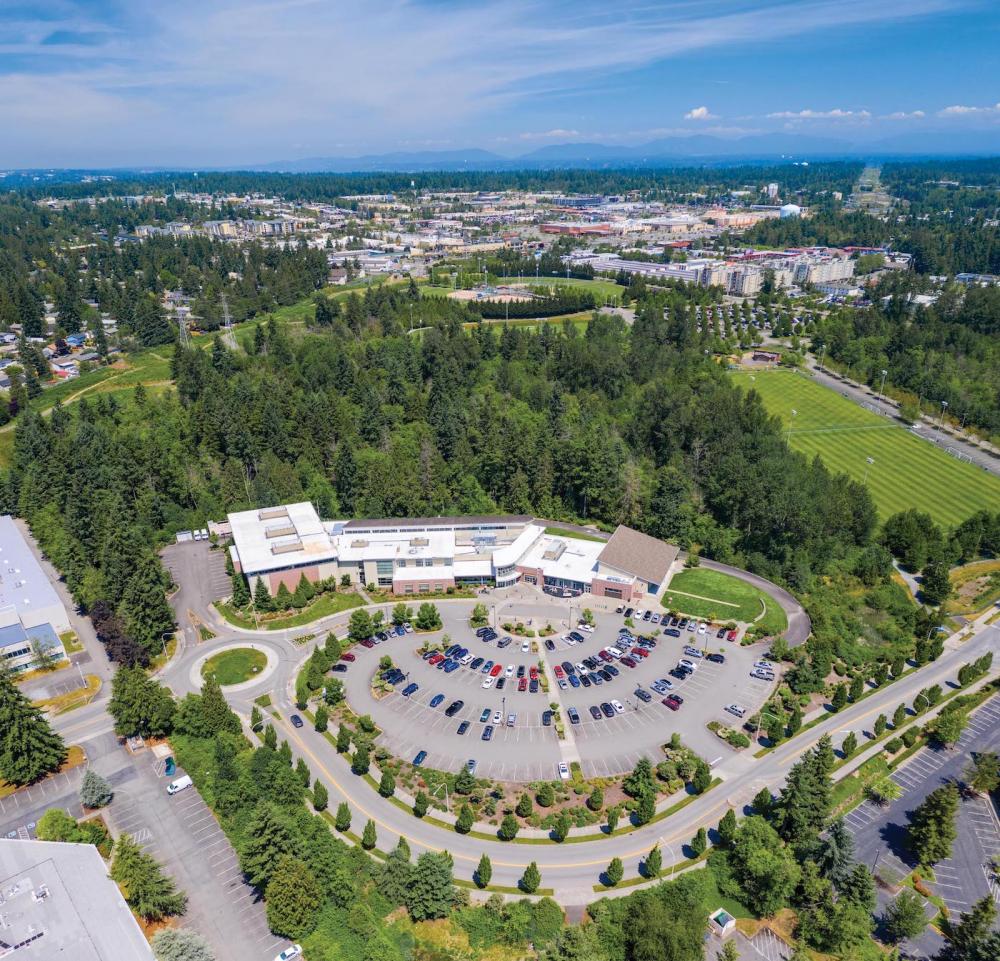 Federal Way has long been a city associated with the dreaded word potential. If Rebecca Martin has her way, its well on its way to becoming an increasingly significant regional player in its own right.

Weve transitioned out of a bedroom community into urban density, says Martin, president and chief executive officer of the Greater Federal Way Chamber of Commerce. Its what I like to call the heartbeat of the South Puget Sound corridor.

Long considered a dumping ground for multifamily development prior to its incorporation as a city in 1989, Federal Ways population is now just shy of 100,000. Its 22 miles south of Seattle via Interstate 5 and just 13 miles north of Tacoma, the two largest cities in the Puget Sound region. New residents have accounted for almost all of its growth the past 10 years; unlike several nearby cities, Federal Way didnt add population through annexation.

Despite its location and growth, the city has challenges. Its central business district consists of strip malls alongside an urban corridor. The city has been trying to create a traditional downtown for the better part of a decade, but is constrained by the haphazard development of its past.

Martin says the city is working to align its economic development strategy with key sectors driving the states economy. You dont have to reinvent the wheel, she says.

A 2020 study examining the citys regional footprint found opportunities in health care the citys second-largest industry, behind government and telecommunications. The potential redevelopment of the former Weyerhaeuser campus would also bring thousands of living-wage jobs to the city.

Brad Broberg, editor of the now defunct Federal Way News for about 15 years, says the citys proximity to both Seattle and Tacoma is a key selling point. He notes that it lacks cohesion because of the laissez faire, hodge-podge development allowed under King County rules prior to incorporation. Weyerhaeuser also gave the city an identity it is still seeking to replace.

Federal Way really doesnt have a main street with a lot of locally owned small businesses, Broberg says. It never had something to grow around. And one thing Ive always thought of Federal Way is with Weyerhaeuser, you had a private entity with vision and resources. I dont think Federal Way has had private-development champions who did things on a certain scale. You had big shopping center-type developers.

Despite the hurdles, Martin says there are lots of opportunities for economic development.

In commerce, its evolve or die, Martin adds. Were working to bring in jobs that will feed families in Federal Way.