The lender's Seattle market leader recalls a great mentor telling her that with every interaction as a leader, you are building your brand 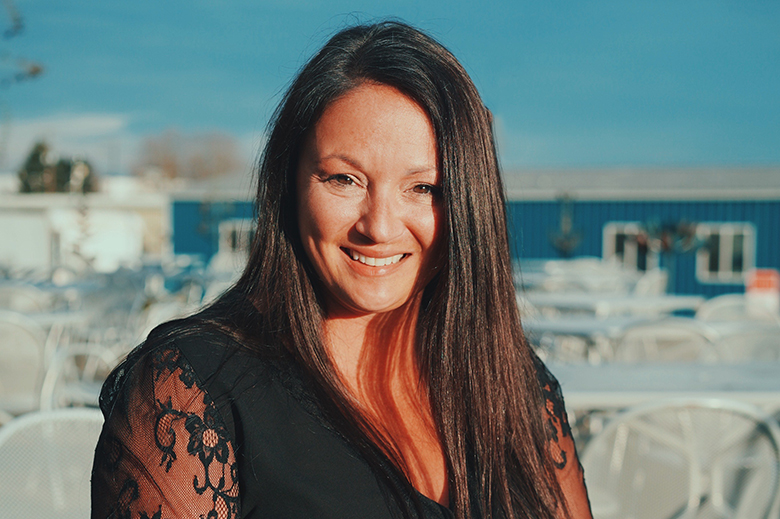 Her rise to the senior executive level at a major bank began with humble beginnings, however. She worked as a bank teller while attending Shoreline Community College on a scholarship from the Bill and Melinda Gates Foundation. Dickson joined U.S. Bank in 2009 as a branch manager overseeing multiple locations, including Seattle branches in Magnolia and Northgate. Ten years later, she was named U.S. Banks Seattle market leader.

Dickson also has a strong commitment to helping others find a path to career success. She oversaw a U.S. Bank military leadership-development program for Washington state, for example, which provided support to military veterans transitioning from the military into banking, and she continues as a mentor today for many of the programs participants. When shes not running the bank, Dickson, a resident of Edmonds, enjoys riding her Harley Davidson, hiking and visiting her family in Germany.

What are the most important characteristics of a good leader and what leadership traits are overrated? Being a good listener, being open-minded and being relatable are some of the most important traits for a leader. If you have the ability to get someone comfortable with you, and they feel they can relate, they will talk to you.

As a leader, this is really valuable and allows a more open dialogue about what might be holding someone back, as well as areas of opportunity and development. This creates buy-in and affinity for a leader and allows the individual to feel heard, supported and valued. As far as overrated traits, I would say positional power. You dont need a title to be a good leader, it comes from within.

As a woman, what is the most significant barrier to becoming a leader? I think a big barrier for women stepping into leadership roles is the ability and confidence to believe in yourself. Women can hold themselves back because they dont personally believe in themselves. You also have to be proactive in building out a support system. If you have the belief and the support system, you can accomplish anything.

How can women achieve more prominent roles in their organizations? Taking personal ownership of your development and the opportunities you want to seek out, and being intentional about it, is really important. By being intentional, I mean that you have to let people know who you are and why you should be considered for certain opportunities, otherwise no one will know. If you are intentional, and build a network, when the right opportunity comes up, people will know to come to you.

What key lessons did you learn from a woman who has inspired, mentored or sponsored you? A female leader once told me that every day, with every interaction, you are building your brand. So if you are not intentional, your brand is creating itself instead of you creating and owning the brand you want.

What advice do you have for the next generation of female leaders? Believe in yourself. If you dont believe in yourself, its hard for others to believe in you. My own success has come from that, as well as working hard enough to take the aspect of being a woman off the table. Your work ethic and quality of work should determine your value.

How important is networking and how do you expand your contacts? I believe networking is a difference maker. If you dont have an army of people out there who believe in you and know who you are, promotions can be difficult. I have always been intentional about expanding my contacts and diversifying my contacts, so my network is well-balanced.

An example I share often is making sure you are networking outside your own business line or department. While I always managed retail branches, I made sure to network regularly with my colleagues in wealth management, business banking, mortgage and payments.

What would you do differently in your career? Early on in my career, I wish I would have realized the value of bringing people up alongside me versus being focused on doing my personal best. I could have made a larger impact sooner, helped more people and probably would have felt more fulfilled along the way. I didnt transition to having that love and pride for others winning until about seven to eight years into my career.

Where will we find you on a Saturday afternoon? If its a dry sunny day, you can find me out on my Harley Davidson. I also like to go out hiking along the water. My favorite spot for hiking is along Lake 22.

What would be the title of your autobiography? Intent. By definition, intent means intention or purpose. So much of my success has come from being intentional, but I want the purpose I have found along way to be my legacy. The time and energy I invest in those around me is my purpose. I truly care for and value the people in my network.