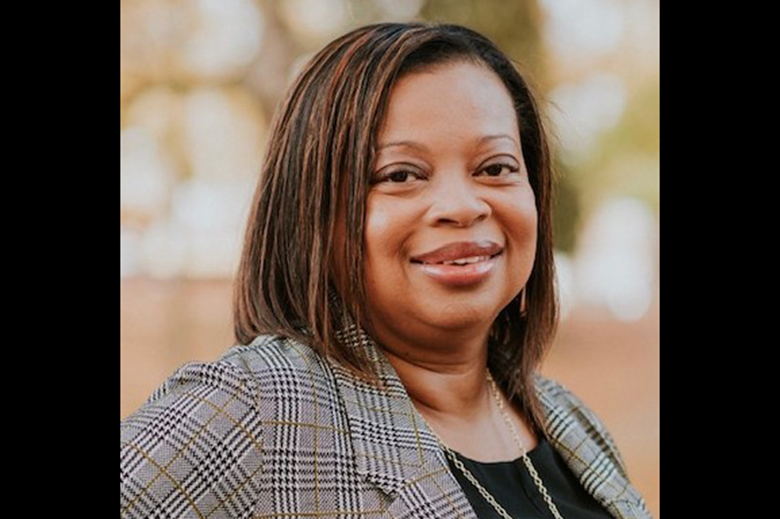 As executive vice president and chief operating officer of Seattle Credit Union, Tonita Webb needs to keep her finger on the pulse of the organization, where she oversees day-to-day operations and works to implement the overall strategic goals of the lending institution.

Webb is used to excelling under the pressure of leadership and watching out for the interest of her employer and the people under her charge. The mother of four served as a security officer in the U.S. Air Force and later earned an MBA degree from Walden University in Minneapolis and also has attended leadership training institutes at Harvard University, the University of Pennsylvanias Wharton School and Cornell Universitys S.C. Johnson Graduate School of Management.

Prior to joining Seattle Credit Union in 2005, Webb worked in various executive roles in the Seattle area in the human-resources field. She currently serves on boards of directors or advisory committees for several community-focused organizations, including Southeast Effective Development (SEED), Pioneer Human Services and Highline Public Schools. Webb is committed to promoting diversity and inclusion and is a frequent public speaker on the subject.

Webb was raised by her single mother in low-income housing projects in Virginia. That experience has sharpened the sense of compassion and empathy she brings to her leadership style. In addition, Webb says her mothers work ethic has inspired her to go the extra mile in serving her employer and its employees, the credit unions customers and the community overall.

What are the most important characteristics of a good leader and what leadership traits are overrated? To be a good leader, two traits that come to mind are empathy and listening. Any leader worth their weight in salt has to learn how to be an active listener. Listening allows you to be able to lead appropriately and, most importantly, enables you to learn in the process. Yes, leaders can learn from people that they lead and are not obligated to know everything. Now empathy, this trait is a must, and it is also underrated.

I feel like you have to be able to put yourself in someone else’s shoes to be effective and to remain open-minded. In my experience, people who cannot empathize are often stuck in their ways and not open to change. Empathy is also underrated because people often mistake it for sympathy and fail to lead in the process. Unfortunately, I have seen many leaders display compassion while thinking they are empathizing. While compassion is needed, it most often should not happen in the absence of [strong] leadership. Leadership helps a person evolve from the current or past situation.

As a woman, what is the most significant barrier to becoming a leader? I have had to overcome the stereotypes of being a woman, such as [being stereotyped as] too emotional, weak, not [having] enough bandwidth because I needed to raise my children. Also, I am a woman of color and add on the stereotypes that come with my ethnicity, and it can sometimes feel like an uphill battle.

However, the most significant barrier for me has been impostor syndrome. I have been told all my life I was not supposed to be in specific spaces and, unfortunately, some of it stuck. I have worked hard to overcome the obstacle of self-doubt. I try to lead with confidence in everything that I do. I deserve to be here, and I am qualified.

How can women achieve more prominent roles in their organizations? First, we have to ask for roles. Sometimes we are our biggest enemy. We let self-doubt creep in and talk us out of our destiny. We have to stop that and be bold and go for it!

What key lessons did you learn from a woman who has inspired, mentored or sponsored you? I learned that there are going to be people who think that because I am a woman, I should not be in specific roles. Just because they believe it does not mean they are right, and my next step is to prove them wrong by working on me, instead of trying to change them. [I will] show them and anyone else that I am more than capable. Also, I dont look at how feedback is delivered, but rather [I see] the feedback itself as an opportunity to improve my skill set.

What advice do you have for the next generation of female leaders? Learn to cherish your mistakes because those are the greatest and best lessons. Realize that being less than perfect makes you promotable. Perfection is a final destination with nowhere else to go. Stop trying to get to that destination prematurely. Enjoy the ups and the downs.

How important is networking and how do you expand your contacts? I think networking is critical. I believe expanding our circle of influence is part of the individuals growth toward future opportunities. I also think it helps your perspective.

What would you do differently in your career? I am a believer that everything happens for a reason and try to live with no regrets. If I had to choose one thing, it would be to pursue advancement sooner.

Where will we find you on a Saturday afternoon? In a class or doing homework trying to finish my Doctor of Business Administration [degree]. If not doing [that], I am spending time with my fur babies [pets], husband and children.

What would be the title of your autobiography? Despite It All, I Smile.