Engle encourages creativity and connection with colleagues, customers and family 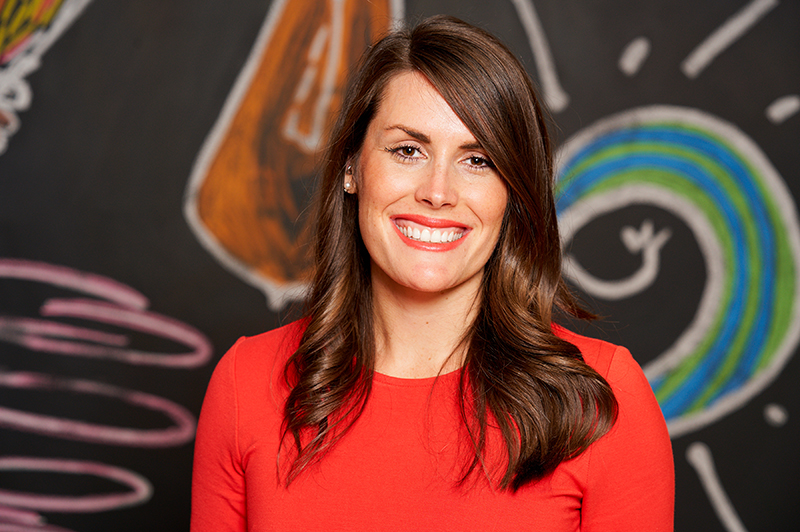 Stacey Engle spent eight years in a variety of roles at Fierce Inc. before becoming president in November 2018. The Seattle-based business management consultancy works with individuals and companies large and small, teaching them how to achieve success in work and life, one conversation at a time. Clients include bank holding company Capital One, Walmart Inc., Coca-Cola Co. and Verizon Inc. Prior to becoming president, Engle was executive vice president of sales and marketing, where she played a significant role in the companys 45 percent revenue increase in the three years before she became president.

The global need to talk about what matters and truly connect is more relevant in todays market than when I started nine years ago, Engle says.

Engle is also a member of the Forbes Business Development Council.

What are the most important characteristics of a good leader and what leadership traits are overrated? There is no doubt in my mind that the No. 1, hands-down most important skills a leader can have are conversation skills. The ability to communicate — to not only be able to get your point across, but to truly listen, is a skill that for most people, must be honed.

Skills I personally believe are overrated included very specific, often technical skills. In most cases, these skills can be learned by the right person over time. Its much more important to have an employee who is willing and able to learn, and who has a good attitude. Smart people can pick up new skills fairly easily, however a good attitude and grit are much harder to come by.

As a woman, what is the most significant barrier to becoming a leader? There are a few big ones that come to mind. –The belief that you cant become one. I truly hope this next generation of girls never believes, even for a second, that she cant lead. So many of us grew up with very few examples of female leaders in the media and in our communities — we didnt see ourselves in positions of power like we do today, and in turn many women simply didnt dream big enough. I do think the tables are turning, however.

–A self-limiting mindset. This is often referred to as imposter syndrome, where even though we are totally qualified for a job, and doing the work impeccably, we still feel like we dont belong, or that we dont deserve to be where we are. This can be a real issue, and one that can stop women from both moving up, but also from realizing their potential.

–Not asking for help. None of us can do everything ourselves. There is no shame in asking for help, and most of the time those around us are more than willing to step in — be it to help on a project, help making a connection, or help juggling work and life. The support of other people is what makes it possible to become a great leader, and that starts with asking for help.

How can women achieve more prominent roles in their organizations? We are all navigating our lives one conversation at a time, at work and at home. If you have strong conversation skills and use them, you will no doubt be more successful in all contexts. Here are a few examples where the ability to communicate is paramount:

–Ask for what you want, and what you think you deserve — a raise, a promotion or to work on a project you think will help move your career forward.

–Speak up in meetings, during one-on-ones and with clients. Dont be afraid to share your idea. They may not all be the best, but inserting yourself into the conversation and sharing your opinion is important.

–Give feedback. Have a co-worker that makes work miserable? A boss that steals your ideas? When you say nothing about issues, these issues will never be resolved.

What key lessons did you learn from a woman who has inspired, mentored or sponsored you? My grandmother has been one of my greatest inspirations. For as long as I can remember, she always took care of herself and took care of others. She was a strong Midwest woman, and taught me two key lessons: Ask for what you want, and be maniacally true to yourself. These have served me well throughout my entire life, and did for her as well.

What advice do you have for the next generation of female leaders? I think its easy for women to get in the habit of not speaking their minds, and after a while, this becomes their normal. I decided early on in my career, thanks in part to the teachings of my organization, that not only does my opinion matter, but that its valuable and can impact lives, and in turn, the success of individuals and a company. I have no doubt that a huge part of my ability to grow my career is because I wasnt afraid to speak up and have the conversations necessary, even the uncomfortable ones. I have found that the uncomfortable ones set me apart.

How important is networking and how do you expand your contacts? Networking is so critical, and something most schools dont teach effectively. A big part of that is not only the ability to strike up a conversation and get to know someone, but also to truly connect with others on a deeper level. Sure, its great to have 500-plus LinkedIn connections, but how many of those could you pick up the phone, get their opinion on something, and get a real, honest, helpful answer? Being able to have real conversations with people is so important.

I am learning this now more than ever. This past year, my first year as president, has been challenging, and I have realized that I could not do it without the village of mentors, advisers and friends who continually inspire me, who will talk through scenarios with me, who I can depend on to be open and honest. It took a while, but I have that strong network of trusted advisors that I have built over time, and they helped me get through.

I fully believe that you are only as strong as the shoulders you stand on and the hands that will hold yours through the thick and thin.

What would you do differently in your career? While I often volunteered to do anything needed, there was always an opportunity to do more. Sign up for more projects and assignments. Help others from other departments and disciplines. Get out there and ask questions, make connections, have experiences. A job title and description are not a box, but a starting point. I wish I would have realized that earlier.

Where will we find you on a Saturday afternoon? After some sort of workout or activity, preferably outside, catching up with a friend over coffee or a mimosa, and scheming a new adventure or project.

What would be the title of your autobiography? An Inside Job — A Guide to Getting Out of Your Own Way.