The data company has signed on as the anchor tenant 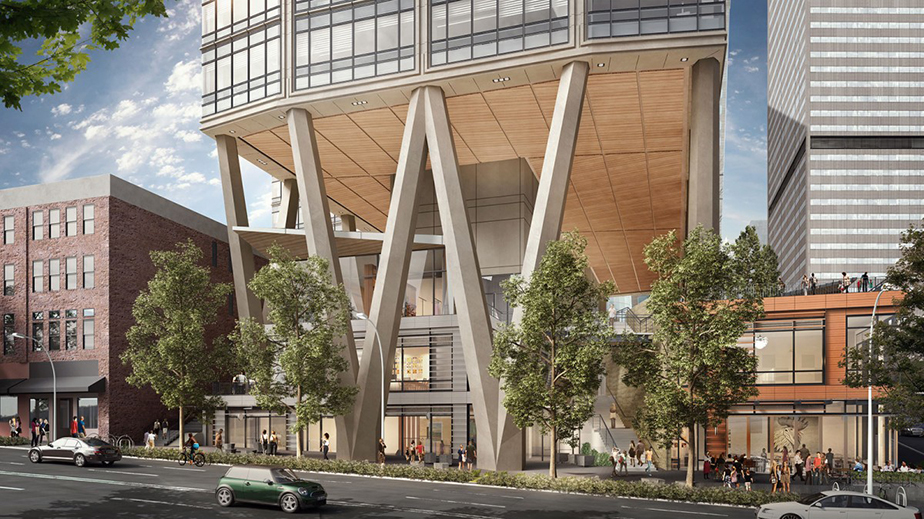 Data company Qualtrics is leasing 275,000 square feet in the new 2+U skyscraper in downtown Seattle. The building will now be known as Qualtrics Tower.

The company which says it is co-headquartered in Seattle and Provo, Utah will lease 13 floors at 2+U, a 38-story, 701,000-square-foot retail, office and arts-and-culture project at Second Avenue and University Street. It is being developed by Skanska, a construction and development company.

The office portion of the building is now 100% leased. Other tenants include employment search company Indeed.com., Dropbox Inc. and co-working firm Spaces. Skanska calls the project is an open urban village with 24,000 square feet of open space. Construction is still ongoing.

Qualtrics, which will move to the building next summer from a space in the Pioneer Square neighborhood, was acquired by German Software company SAP SE for $8 billion last year. CEO and Co-founder Ryan Smith says the company plans to create more than 1,500 new jobs in the region. The companys technology helps clients manage their business on one platform and is used by more than 10,500 organizations worldwide.

Other Skanska projects include 400 Fairview the headquarters of apparel retailer Tommy Bahama and Stone 34, the headquarters for Brooks Sports in the eastern part of the Fremont neighborhood.