The quarterly results, however, are skewed by one project as the longer-term prospects remain robust 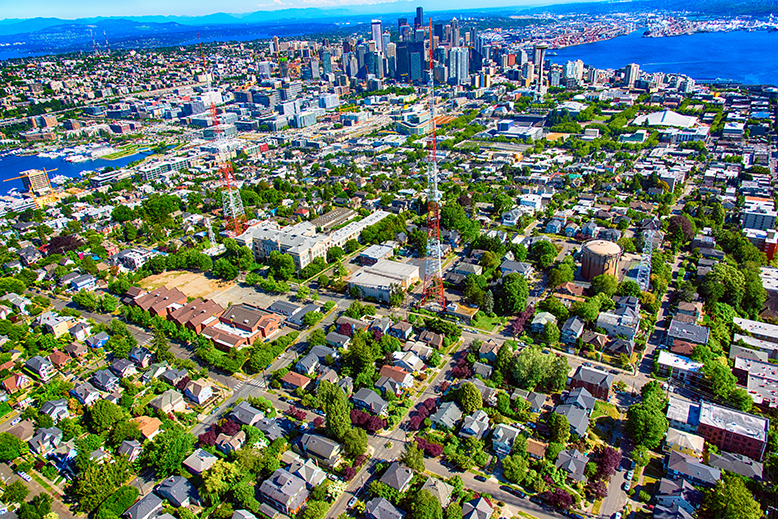 The Seattle suburban office market recorded an uptick in the overall vacancy rate as well as rent in the second quarter, driven primarily by the completion of the Southport office campus in Renton, which came online fully vacant and with high rent, according to the latest market assessment by Cushman & Wakefield.

The suburban market posted an overall vacancy rate of 22.2% in the second quarter ending June 30, up from 17.8% for the year-earlier quarter. Average asking rent over the period jumped by $5.85 per square foot, to $32.55.

Some 1 million square feet of new office space was delivered in the suburban Seattle market during the second quarter, with Southport accounting for 702,000 square feet of Class A space. Despite the Southport-vacancy affect, the suburban market continues to heat up, however.

With downtown rents continuing to increase, many of the regions office tenants have stayed in or moved to the suburban office market to satisfy their real estate requirements, Cushman & Wakefield reports. Notable tenants expanding into or relocating to the suburbs in 2019 include WeWork, Virtuoso, and AECOM.

In addition, Amazon continues to be the 900-pound gorilla on the Eastside, preleasing 715,000 square feet at Binary Towers. Having already preleased The Summit III, the tech giant is on pace to reach 4,500 employees in Bellevue by 2022, Cushman & Wakefields report notes.

On another front, the city of Seattle turned in the best performance this past second quarter among the top 10 office markets in the nation, with the biggest drop in vacancy and the largest volume of space absorbed, driven mainly by major tech-company leases, a recent report by Colliers International shows.

Some 3.4 million square feet of new construction is expected to come online in the city through the balance of the year, the report notes, although much of this space is already committed including the 521-foot-tall, 1.1-million-square-foot Amazon Tower II in the Denny Triangle neighborhood.

The tech industry remains the main driver for Seattles office market, with Amazon, Apple, Facebook, Google and Microsoft all expanding in the region in 2019, Cushman & Wakefields office-market report states.