Seattle’s Condo Market Is Showing Signs of a Resurgence

Thousands of condo units are now in the pipeline after several years of no inventory. 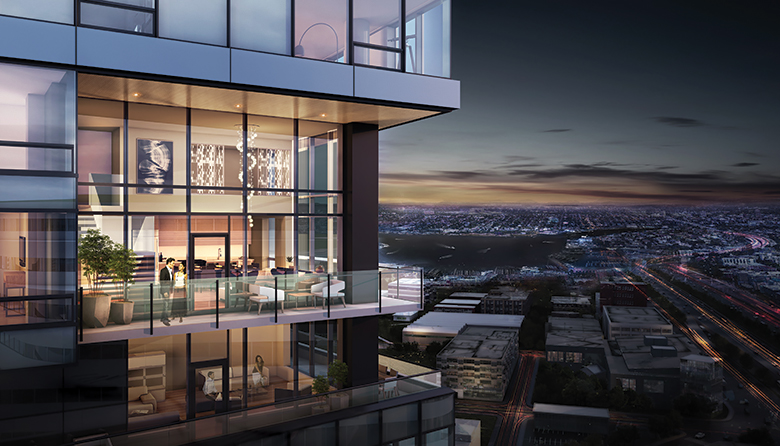 Theres no mistaking them. Amid all the glittering structures rising in the Seattle skyline the apartments, hotels and office buildings is a species Seattleites havent seen in a long time: condominiums. The city is in the middle of a condo renaissance.

Dean Jones, co-owner of Realogics Sothebys International Realty, says this cycle is more robust than the last one, about a decade ago, when the combination of speculation-driven construction, investment buyers and the creation of a Washington state law enshrining consumer protections all collided to freeze the market.

While the law, which put developers on the hook for construction defects and issues arising after purchase, hasnt changed, demand has, Jones says. Buyers include empty nesters who are cashing out on their single-family homes, renters maturing into buyers who dont really want to leave downtown or downtown-adjacent hoods, and international and California buyers, with the latter group reaping major tax advantages in Washington.

Theres no denying the appeal of the condominium lifestyle. Condos provide everything you need and nothing you dont, Jones says.

Slightly more than 1,000 new condo units are slated to open in Seattle this year, according to Polaris Pacific, a real estate sales, research and marketing firm. Thats just the beginning: More than 2,400 proposed units are tentatively planned to open in 2022.

While permitting and other issues make future openings difficult to predict with precision, Polaris Pacific Vice President Regional Manager Josh Nasvik says developers are taking note of past successes. Specifically, Nasvik says the current condo boom began when Burnaby, British Columbia-based Bosa built the two-tower Insignia project several years ago. Developers had stopped building condos after the market crash of 2008 and 2009, and werent chomping at the bit to risk that exposure again.

Bosa is now the No. 1 condo developer in the region and has turned its attention to Bellevue, where it has acquired three development sites. In downtown Seattle specifically, the sidewalks tend to roll up a little too early at this point, but well see how that changes, Nasvik says.

This generation of condominiums is marketed to buyers looking for convenience why wrestle with Seattle traffic when you can be steps away from the theater, shopping, light rail and even work? Many of the residences (some completed or nearly done, others soon to break ground) offer opportunities for community building via luxe communal spaces, such as exhibition kitchens, rooftop terraces and recreation areas like yoga or art rooms all of which seek to encourage a community-within-the-neighborhood feel.

Nexus, with most of its units already sold, will be one of the first condo complexes to open in downtown Seattle in 2019 and is largely credited for downtown Seattles condo comeback, Jones says.

STANDING TALL. The Spire condo tower is scheduled to open near Seattle Center in 2020 with units ranging in
price from less than $500,000 to $4.5 million. Courtesy of Lanconia Development

The Denny Triangle building is a 440-foot-high stack of offset glass cubes, featuring retail on the first floor and indoor/outdoor spaces for residents and guests to spare, from high-tech workrooms to kitchens and a pet run, complete with washing bay. Nexus touts app-controllable automation, from lighting to security, in each of its studio, one-, two- or three-bedroom homes (ranging in price from less than $400,000 to more than $4.5 million).

Spire, another condo tower, is slated to open in 2020 near Seattle Center and will offer one-, two-, and three-bedroom spaces (from less than $500,000 to $4.5 million).Spire also features a 360-degree-view rooftop terrace and an exhibition kitchen with private dining room, where residents can host guest chefs, or cook and stage a party themselves.

Koda Condominium Flats, located in the ChinatownInternational District, adjacent to Pioneer Square, will bring 200 units to the neighborhood in 2020 (priced from the low $400,000s to $1.4 million), and is conveniently located near light rail and those neighborhoods many eateries and shops.

Other neighborhoods with their own urban centers are getting condos as well: Encore at Columbia Station was developed with light rail and car-free living in mind, with 96 condos situated right across the street from the Columbia City light rail station. Opening in 2020, the building will include a community bike area with tune-up station; its studio, one- and two-bedroom units (from less than $300,000 to more than $700,000) include a communal exhibition kitchen and access to a roof deck with outdoor fireplaces.

On the Eastside, One88, a 21-story glass structure, with one-, two- and three-bedroom condos and penthouses in the heart of downtown Bellevue (from $800,000 to more than $5 million), set to open in 2020, was more than 90 percent reserved before presales closed in December. It will be within walking distance of the new East Link Extension light rail track connecting Seattle and the Eastside, with service beginning in 2023.

Nearby, Avenue Bellevue, a curvy two-tower mixed-use condo/hotel/retail development, has presales and construction set to begin this year; condos that share the hotel building will have access to hotel amenities. There also are plans for a restaurant helmed by a three-Michelin-starred chef to be located here.

Unlike the condo-to-apartment conversions of a decade ago, these communities are here to stay, Jones says.
Nasvik says the razing of the Alaska Way Viaduct and the ambitious waterfront development project which will connect downtown with Elliott Bay could lead to even more projects in coming years.

If you dont live downtown, you might not recognize all that is going on, he says.

This story first appeared in the March issue of Seattle magazine.