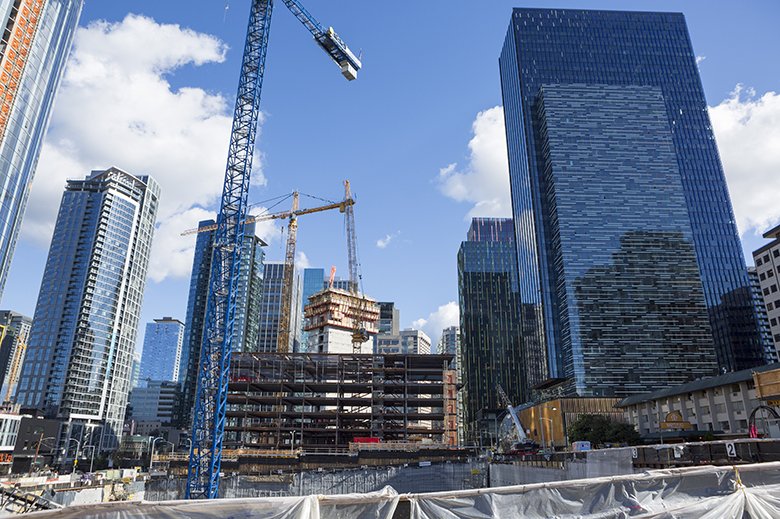 Seattle turned in the best performance this past second quarter among the top 10 office markets in the nation, with the biggest drop in vacancy and the largest volume of space absorbed, driven mainly by major tech-company leases, a report by Colliers International shows.

The citys office vacancy rate dropped by 1 percentage point, to 6% the greatest drop among the top 10 markets. In addition, some 1.6 million square feet of space was absorbed in the market, also the highest amount of space absorption among the nations top 10 office markets.

Tech firms drove both absorption and leasing activity in the second quarter, Colliers reports. F5 Networks moved into 515,520 square feet in the F5 Tower in the central business district.

Some 3.4 million square feet of new construction is expected to come online in Seattle through the balance of the year, the report notes, although much of this space is already committed including the 521-foot-tall, 1.1-million-square-foot Amazon Tower II in the Denny Triangle neighborhood.