Despite 17-year high in new space coming on the market, more than half has already been leased. 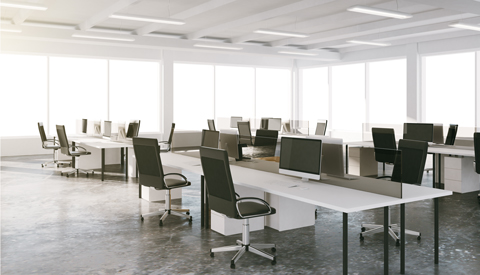 Youd have to go all the way back to the heady days of the dot-com boom in 2000 to match the amount of new office space coming on to the Seattle-Bellevue market this year.

Its been 17 years since this much office space 4.6 million square feet total has been set to be delivered, according to a Q4 2016 report from the Chicago-based real estate services firm Jones Lang LaSalle. Just over half of that space, 51.2 percent, has been preleased.

Last year marked the fourth consecutive year that the Seattle-Bellevue office market was able to absorb more than 2 million square feet of additional space. Much of the current leasing activity comes from companies growing rather than relocating their offices, according to JLL research manager Alex Muir. That will soften the impact on vacancy rates. You could see some second generation space struggle but the bulk of the major deals is expansion, says Muir.

Much of the demand for space is coming from tech companies, which accounted for roughly 60 percent of the leasing activity for 2016. The strong demand for office space, said Muir, is coming from local companies growing and increasingly from Bay Area companies migrating to the region.

The attraction: The Seattle area offers outsiders a robust cadre of tech workers and rents that are substantially cheaper than office rents in California. New office space in appealing downtown neighborhoods has proven itself a valuable recruiting tool for tech firms such as Amazon, Google and Facebook, which are going toe to toe for local tech workers. (Tech Firms Continue to Establish and Expand Engineering Centers.)

At the end of 2016, total office vacancies stood at 9.2 percent, with average asking rents up 2.7 percent year over year to $34.90 per square foot fully serviced. The downtown Seattle and Bellevue office markets are roughly midway through a peaking real estate market cycle, according to the JLL report. JLJ senior vice president Daniel Seger describes the market as still incredibly strong and anticipates continued rent growth this year.

The continued demand for space is helping transform downtown Seattle and Bellevue. In Seattle, its helping revitalize the area around City Hall where two new office developments — The Mark, a $400 million, 528,000square-foot office project by Seattles Daniels Real Estate and Madison Centre, a $157 million mixed use project with 746,000 square feet of office space and 8,000 square feet of retail space by Bellevues Schnitzer West LLC — will be completed this year.

Meanwhile, recent leasing activity has made Bellevue a more balanced market says JLL managing director Chris Hughes. Moving forward Bellevue will be a little more broad a marketplace with a better balance of tenants than in the last cycle, Hughes said. That will be a benefit moving forward.