Prices in October dropped 3.6 percent, pointing to a soft market in 2019. 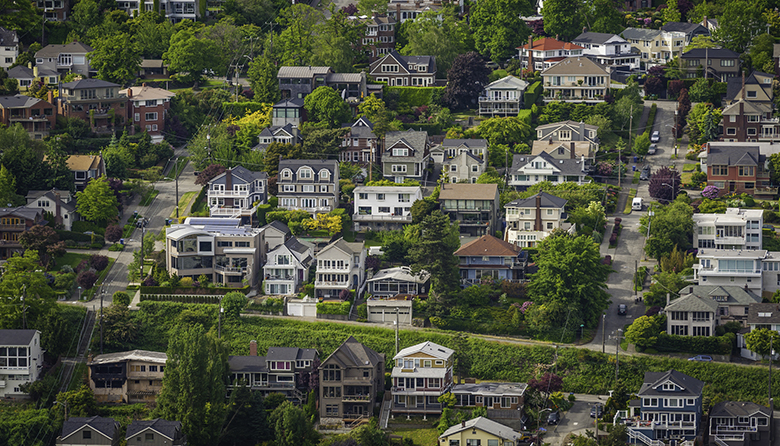 The average price cut was $27,500, down from over $30,000 a year earlier
On a percentage basis, price drops were the smallest weve ever recorded in Seattle at 3.6%

Heres another sign that the housing market in the Seattle area is rapidly cooling off: The portion of home sellers who dropped their list price hit a record high of 47 percent in October. During the same month a year ago just 33 percent of listings had a price drop.

Price drops typically level off in the late summer, but by July of this year they had already passed the October 2017 high and have continued to soar into the fall, reaching levels higher than any time on record in Redfins data back through 2010.

The market has slowed, and sellers are becoming acutely aware of it. However, even while the share of home-sellers dropping their prices soars, the size of those discounts has been shrinking. The average home price drop last month was $27,539, down from $30,242 a year earlier and dramatically below the all-time high of $46,164 in April.

October price drops averaged 3.6 percent of listing price, down slightly from 3.8 percent a year ago and the lowest level weve seen since at least 2010.

The market is in a bit of a stalemate, explained local Redfin listing agent Jessie Culbert. It will be interesting to see if things shift now that the midterm elections are over and Amazons HQ2 announcement is official. Those have felt like blocking items but if they dont shake things loose, we may be in for a longer period of flat sales. 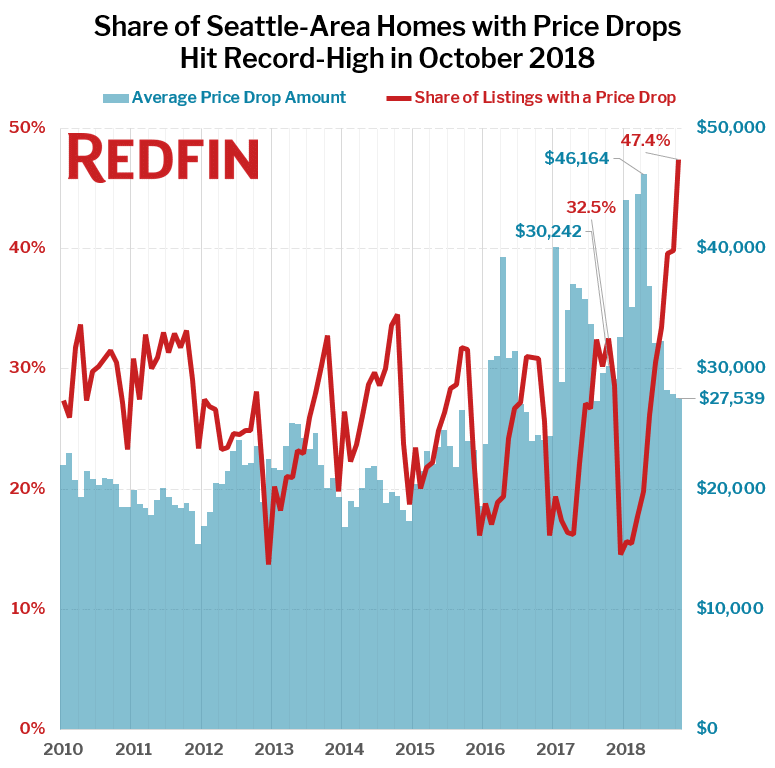 Typically the portion of home listings with price drops peaks each year in October, so it is likely that we will see this measure fall over the new few months. If it continues to climb through the fall and winter, that could be a strong sign that the market will be significantly softer in 2019 than it was in 2018.