On Reflection: A Conundrum on Affordable Housing 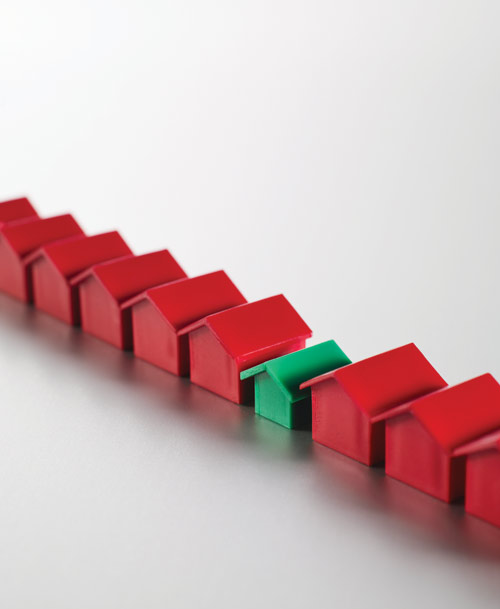 Few would argue there isnt a need for more affordable housing in Seattle, where costs are soaring, but theres considerable debate over how best to make that happen.

Seattle Mayor Ed Murray has set a goal for the city to add 50,000 new residential units during the next 10 years, with 20,000 units set aside as affordable housing for lower-income families.

The issue took center stage last fall when the Seattle City Council passed a controversial resolution proposing fees ranging from $5 to $22 per square foot of rentable area on new projects downtown and in most multifamily and commercial residential zones. The fees would be phased in over three years.

The so-called linkage fee has met stiff resistance from business interests questioning its legality. The Coalition for Housing Solutions, which includes the Downtown Seattle Association, developers, law firms and trade groups, presented a wide-ranging set of recommendations of its own to city officials in April.

A report by the Seattle consulting firm ECONorthwest suggested the city could help create 20,000 income-restricted units in 10 years by tweaking various city incentives. Extending and expanding a multifamily property tax exemption program to preserve existing income-restricted units, for example, would add 15,000 units, while increasing the housing levy by 40 percent to raise $58 million could be used to build 6,590 additional units. About 4,400 of those units could be built on 32 city-owned parcels of land.

Matthew Gardner, a principal at Gardner Economics LLC in Seattle, is a member of the coalition. He hopes the City Council will incorporate some of the coalitions proposals into its recommendations.

Gardner believes the shortage of affordable housing is not just a Seattle issue but a regional problem that should be addressed as such. The city has encouraged as many companies to open up here as possible but we havent addressed our infrastructure needs, says Gardner. Thats why we are in the situation where an average two-bedroom apartment in Kent is $900 a month and in Belltown it is almost $3,000 a month.

Gardner adds: If we addressed our transit and transportation needs, it would open a vast swath of dramatically cheaper land on which we could build additional housing.

A key concern: The linkage fee that Seattle is proposing could push developers to build in Bellevue instead.

City Council member Mike OBrien, who first proposed the linkage fee, disagrees that it would put a damper on development in Seattle, saying his research shows the fee would not affect the development of market-rate housing while significantly increasing the amount of affordable housing. He also hopes for approval of a revolving loan fund for land acquisition near high-capacity transit lines and more backyard mother-in-law cottages.

Both Gardner and OBrien expect the City Council to approve the linkage fee legislation later this summer.