The Northwest Multiple Listing Service says the lack of homes on the market has depressed sales while increasing the number of multiple offers.

May 4, 2017By Seattle Business Magazine 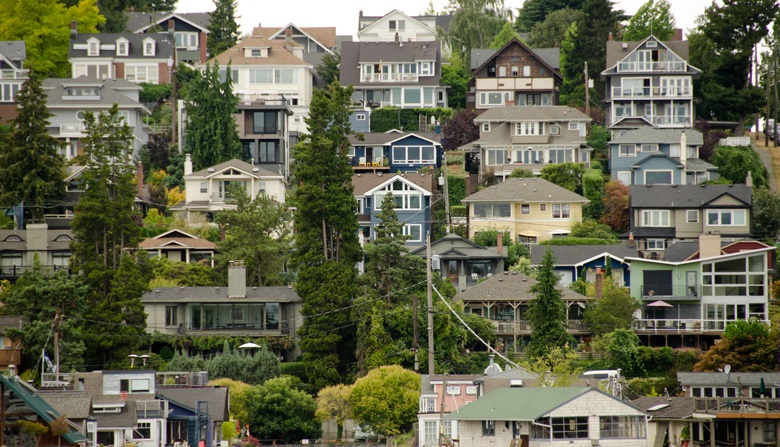 This interesting news is from the Northwest Multiple LIsting Service:
KIRKLAND, Washington (May 4, 2017) Frustrating is how brokers are summarizing the mood of buyers, brokers and industry professionals during the current housing market frenzy. New statistics from Northwest Multiple Listing Service show declines in inventory and sales, while prices continue their upward trajectory, but those numbers only tell part of the story.

The real estate market is going absolutely gangbusters, remarked OB Jacobi, president of Windermere Real Estate. The remarkably low number of homes for sale can be blamed for the drop in sales, he emphasized, adding, The uptick in interest rates at the end of last year has clearly done nothing to slow things down.

Inventory fell nearly 25 percent from the volume of active listings being offered a year ago. At the end of April, MLS brokers reported 10,679 homes and condos for sale across a 23-county area, which compares to the year-ago selection of 14,235 listings.

Viewed another way, there is only about 1.5 months of supply (about six weeks), which compares to twelve months ago when supply totaled about 1.85 months. (In general, four-to-six months is considered a balanced market.) There has not been more than two months of supply since September 2016.

MLS members continue to struggle to keep pace with demand. Brokers added 10,648 new listings to their database last month, down from 11,939 during April 2016, and they reported 10,514 pending sales. That total was down 893 transactions for a drop of year-over-year drop of 7.8 percent.

This press release from the Northwest Multiple Listing Service offers some interesting insights on the local housing market.

The near-match in new listings and pending sales meant little change in the number of total active listings, although inventory edged up slightly from March, growing from 9,774 listings to 10,679.

Without a doubt this is the most frustrating market for both buyers and sellers that weve experienced in 24 years of business, stated George Moorhead, designated broker at Bentley Properties. He said the frustration of low inventory is prompting sellers who havent been able to find their next home to look into undertaking major remodels instead of moving, thereby putting even more pressure on buyers who are struggling to find a home. Although buyers are being aggressive, Moorhead believes offer prices are starting to plateau. Educated buyers cannot justify many of the home prices, he reported.

Escalating prices in King County are prompting house-hunters to head north, noted Diedre Haines, principal managing broker–South Snohomish County for Coldwell Banker Bain. She reported a sharp increase in the number of multiple offers from around 15 per listing at the beginning of the year to just under 20 in the past month. Frustration levels among buyers are on the rise, she said, adding prices are beginning to increase at unhealthy levels. My fears of a newly developing bubble have not diminished.

The pressure is across county borders and across the price spectrum. Market mayhem is wreaking havoc for homebuyers, suggested J. Lennox Scott, chairman and CEO of John L. Scott. The inventory shortage is fueling the market and prompting shifts in seller behavior, according to Scott, who described the market as intense as ever with 80 percent of homes in King County selling within 30 days of being listed.

Scott also detects changes in seller conduct. In a normal year real estate cycle, owners who wanted to sell and move during the summer would typically need at least three months but today, because of our extremely quick, frenzy market, sellers know they have the power to wait, he explained. There arent homes for them to transition to, he commented. He also noted sellers are also in the enviable position of being able to ask for concessions such as rent-backs and longer closing times so they can design their own exit strategy from their current home.

Everything is down except prices, declared Mike Grady, president and COO of Coldwell Banker Bain. Although the pending sales for the first four months of 2017 are lower than the same period a year ago (down about 8.5 percent), new listings are off even more (down 24.3 percent). That combination is shrinking the available inventory at an unprecedented pace, he remarked. The shrinkage is not an anomaly, he emphasized. It has a stranglehold on new sales. Additionally, this low supply and high demand continues to put upward pressure on prices, he said.

Entry level homes are getting harder to find, making life difficult and very competitive for first-time home buyers, reported Dick Beeson. Commenting on the plunging supply during the past few years he said No wonder brokers are getting calls from selling brokers an hour after the property is entered in the Northwest MLS system asking, any offers yet?

In commenting on the April data, some Northwest MLS brokers expressed both concern and advice:

Once again, I feel the need and obligation to warn buyers that in most cases it is not a good idea to waive protective legal rights to get an offer accepted, stated Haines. The same warning goes to sellers: buyers waiving these rights are potentially severely jeopardizing a sellers after-closing protections. A recent trend by buyers in making their earnest money nonrefundable at mutual acceptance is not advisable, she emphasized.

Northwest MLS chairman John Deely echoed some of the same concerns. He described the Seattle market as a tale of overconfident sellers meeting desperate buyers. Sorting out multiple offers to find the best buyer is very complicated, he explained. The negotiation strategies include both new and proven techniques. Buyers looking to edge out the competition are being asked to, or are, waiving contingencies intended to protect both parties, stated Deely, the principal managing broker at Coldwell Banker Bain in Seattle.

Many negotiations include hidden financing contingencies as buyers risk their earnest money to compete with true cash buyers, and some buyers are agreeing to pay the difference between the appraised value and the sales price. Sellers are pushing the upper boundaries of value and competing buyers are driving prices beyond the reasonable appraised value.

Competition is also keen in the new construction segment. Moorhead reported builders are releasing only a few homes at a time, drawing offers with escalations that are driving prices even higher. Then the next set of homes is offered with prices set at or near the price that was accepted in the prior increment. We have seen one floor plan go up in price more than $25,000 on each limited release and buyers have to wait a year before the home is completed. In Bothell areas it was rare to see a million dollar home sale; now, with the limited inventory and high demand we are seeing more homes in this price range and even plats starting at $1 million.

Beeson hopes programs that encourage entry-level priced development will emerge to ease the situation and help accommodate demand as more millennials come out of the basements of their parents homes. More entrepreneurship and creative ideas on architecture and lifestyle living at affordable prices are needed, he stressed, while conceding, The end game for the rest of 2017 is clear: more scarcity, more angst by buyers, more reluctance to sell among sellers because they cant find their next home.

Northwest Multiple Listing Service, owned by its member real estate firms, is the largest full-service MLS in the Northwest. Its membership of more than 2,200 member offices includes more than 26,000 real estate professionals. The organization, based in Kirkland, Wash., currently serves 23 counties in the state.