More Americans Are Leaving Coastal Areas and Moving to Lower-Tax Metros, But Seattle Is Bucking Trends 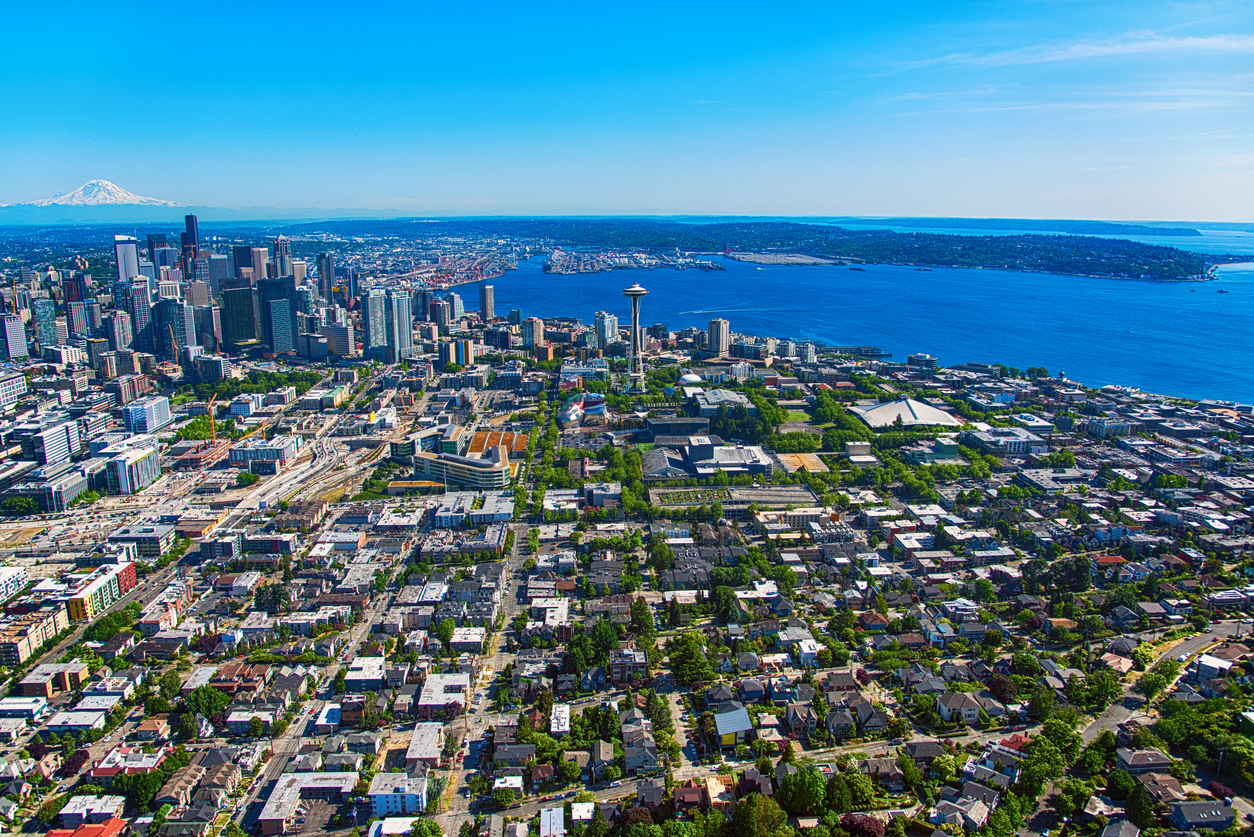 Taxes are three-times lower in the top-10 migration destinations than in the 10 places people are most commonly leaving.

In the second quarter of 2018 people in expensive, high-tax coastal markets including San Francisco, New York, Los Angeles and Washington, D.C. searched for homes in metros like Phoenix, Las Vegas and Miami, where taxes are lower and housing is more affordable. The latest migration analysis is based on a sample of more than 1 million Redfin.com users who searched for homes across 80 metro areas from April to June.

Nationally, 24 percent of Redfin.com home searchers looked to move to another metro area in the second quarter, compared to 21 percent during the same period last year. According to Census survey data, housing-related reasons are the primary reason households relocate to another county, which in todays market typically means affordability.

With home prices reaching new heights in many metro areas, its no surprise people are continuing to move away from expensive metros in search of homeownership, said Taylor Marr, Redfin senior economist. Last years tax reform poured fuel on the fire. By capping mortgage interest and state and local tax deductions, there is an even greater incentive for homebuyers to consider moving to a lower-tax state.

The trend of people leaving high-tax states for low-tax ones has been underway since 2010 and is accelerating, according to migration data from the Census Bureau. The chart below shows that Tennesseethe state with one of the lowest tax burdensadded about 70 new residents per day since 2010 (2.7% net growth rate from domestic migration). In contrast, the high-tax state of New Jersey had about 155 residents leave the state per day over the past seven years (4.4% net decline in state population due to migration to other states).

The average local tax burdena relative measure of a countys average sales, income, and property tax rateswas three-times lower in the top-10 migration destinations than in the 10 places people were most commonly leaving last quarter.

While taxes have long been part of the equation of where to live, tax reform passed in late 2017 has further heightened this consideration for homebuyers. According to a Redfin-commissioned survey in May 2018, which included responses from 1,300 people who had bought a home in the past year:

Now that homeowners and prospective buyers have had some time to understand how the new tax laws are affecting their finances, we are starting to see an impact on migration trends, said Marr.

Moving Out Metros with the Highest Net Outflow of Redfin Users

Last quarter, we hypothesized that Denver had reached its peak in terms of migration, noting that the metro posted a net outflow of Redfin users for the first time. That trend continued in the second quarter. Of all Denverites using Redfin, 23 percent were searching for homes in another metro, up from 18 percent during the same time period a year earlier. Among the Denverites who were searching elsewhere, approximately 20 percent were looking at more affordable metros within the state: Colorado Springs and Fort Collins. The median list price in Colorado Springs and Fort Collins was $305,000 and $401,000 respectively, compared to Denvers median list price of $406,000 in July.

Seattle: One to Watch

Seattle is an interesting case. In the first three quarters of 2017, Seattle drew new residents. In Q4 2017 and Q1 2018 that trend reversed and Seattle joined the list of metro areas with more people looking to leave than move in. In the second quarter, Seattle reversed course again with a net inflow of residents. The fact that Seattle residents dont pay state income taxes may be one reason Seattle had a net inflow, despite its staggering home price growth, up 58 percent in the past five years. Another reason is the thriving tech sector, with Amazon, Google, Facebook and others continuing to grow and attract new hires to the region. Well continue following Seattle migration trends in future quarters to understand whether the metro is topping out on growth.

Moving In Metros with the Highest Net Inflow of Redfin Users

The places attracting the most people are mostly sun-scorched metros with relatively affordable homes and lower tax burdens, including Phoenix, Las Vegas and Miami. Below are the 10 metros that are the most likely to receive big inflows of new residents in the coming year from expensive coastal markets. With these new residents, economic growth and rising home prices will likely follow.

As in the first quarter, Phoenix again had the highest net inflow in the analysis. Thirty-four percent of home searchers in Phoenix in the second quarter were from elsewhere, up from 31 percent during the same period last year. The top origin of Phoenix migrants was Los Angeles (25% of inbound searches), followed by Seattle (14%), Chicago (8%), the Bay Area (8%) and New York (5%).

Las Vegas, another low-tax haven, had the highest share of non-local searches. Forty-one percent of the people searching for homes in Las Vegas were searching from outside the metro area. Nearly 40 percent of these inbound searches originated in Los Angeles, followed by the San Francisco Bay Area (12%), Portland, Oregon (8%), and Seattle (5%). The influx of new residents to the area is causing prices and competition to accelerate. Median home prices in Las Vegas rose by 11 percent in July year over year, marking 17 months in a row of double-digit price growth.

Affordability definitely plays a role in home searchers considering Las Vegas as their new home city, said Nicole Lazarski, a Redfin agent in Las Vegas. Even though home prices are climbing fast, they have still not returned to their 2007 height. With a median sale price around $270,000 in July, plus Nevadas low property taxes and lack of a state income tax, its a very attractive place for people looking to leave California and other expensive places.

Redfin analyzed a sample of more than 1 million Redfin.com users searching for homes across 75 metro areas from April through June 2018. Users must have viewed at least 10 listings during the quarter. We also excluded locations that in aggregate represented less than 20 percent of a users searches. We determined the home metro by mapping the users IP address of the most common location they searched from. If a user was searching in more than one metro, we accounted for the share of searches in each metro. Combined Statistical Areas (as defined here) must have had at least 500 users either searching from or in that metro during the quarter.

To calculate net inflow and outflow, we take the number of users looking to leave the metro area and subtract the number of users looking to move to the metro area from another metro area. For example, lets say there are 3,000 people in Phoenix looking at homes outside of Phoenix. 10,000 people outside of Phoenix are looking at homes in Phoenix. More people are moving to Phoenix than moving away, giving Phoenix has a net inflow of 7,000. (10,000 3,000 = 7,000)

Its worth noting that net inflow and outflow data does not account for Redfins market share or the population of metro areas. In metros where Redfin has a larger number of website visitors, we may have a higher volume of inbound and outbound searches than in metros that are smaller or where Redfin has a smaller user base. The U.S. Census Bureau measures net migration flows, which is a common practice when analyzing migratory patterns.