Average office-property prices in Seattles Lake Union neighborhood make it the eighth most expensive submarket in the country, a new study finds 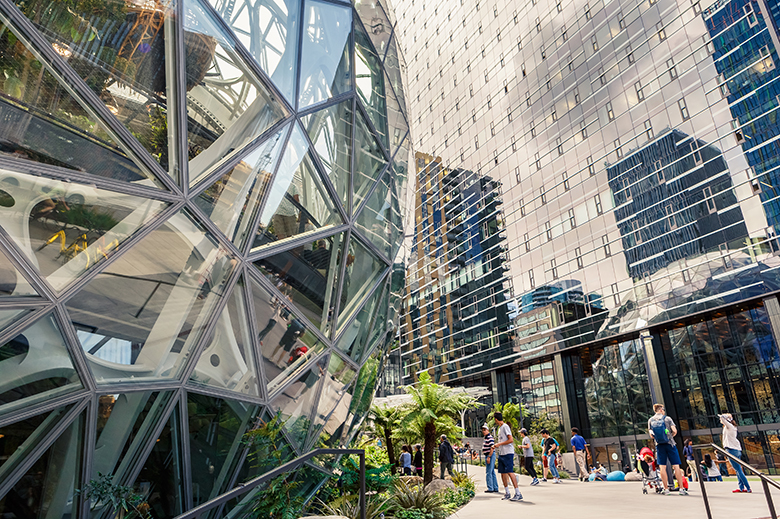 If you are working in one of greater Seattles many booming office submarkets, chances are office property in that neighborhood is among the most expensive in the country. Washington is home to the third-highest number of pricey office submarkets in the nation, according to a recent study ranking.

Washington, with a total of 10 office submarkets on the list all in greater Seattle ranked behind only California, with 36; and North Carolina, with 11, according to the analysis by commercial real estate blog Commercial Cafe. Its study ranked the 100 most expensive office submarkets in the country based on 2019 sales transactions.

In fact, Seattles Lake Union neighborhood ranks as the eighth most expensive office submarket in the nation, with the average sales price per square foot last year averaging $886.61. That compares with San Franciscos SoMa neighborhood, ranking seventh at $942.93 per square foot; and the Shoreline neighborhood in Mountain View, California, (just southeast of Palo Alto) at $1,554.16 per square foot.

Besides Lake Union, nine other Washington submarkets made our list, states the Commercial Cafe report. These include Seattle metros Bellevue at No. 14; the Seattle central business district at No. 23; the I-90 Corridor at No. 27; and Northern Seattle at No. 29.

The Seattle office market overall recorded an average office-property sales price of $414 per square foot over the period. Other Washington office submarkets making the Commercial Cafe ranking including the following: Kirkland, No. 36; Bremerton/Kitsap County, No. 52; Redmond, No. 56; Pioneer Square, No. 67; and Bothell, No. 86.

Nationwide, the average sale price for a square foot of office space was $233 last year, which is based on a total of 2,619 sales transactions involving buildings larger than 25,000 square feet, according to the study.

Statewide, the sales price of the 102 office-property transactions in Washington analyzed in the study averaged $381 per square foot. Washington was surpassed by only New York, where that figure was $515 per square foot; and Washington, D.C., at $508.