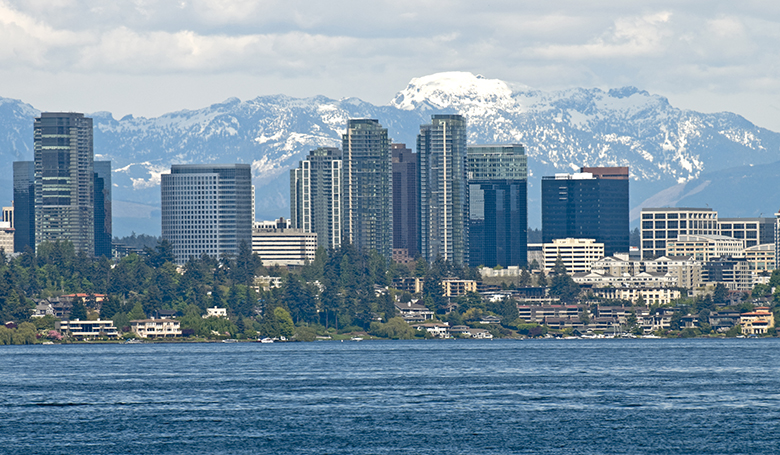 Overall office leasing activity in the region is dominated by downtown Seattle, as might be expected, with the citys central business district accounting for nearly 54 percent of total leased square footage in the first quarter of the year. But, in a sign of shifting real estate trends, nearly three-quarters of the square footage involved in the top 10 office-lease transactions during the quarter involved deals in the Bellevue/Eastside area, according to a report by global real estate services firm Savills.

Of the 10 largest first-quarter office-lease transactions highlighted in the Savills report, a total of 540,286 square feet was leased in the Bellevue/Eastside submarket vs. 194,822 square feet leased in Seattles downtown.

Driving the demand for office space is the usual suspect, the technology sector. However, another industry sector also was a major force in the first quarter: coworking space providers.

Facebook significantly expanded its presence in the market this [first] quarter, leasing 337,996 square feet [in] the Block 16 building underway at the Spring District project in Bellevue/ Eastside, the Savills report states. … [Coworking real estate company] WeWork is also expanding its presence in the market, taking 49,232 square feet at 925 4th Ave. in the downtown [Seattle] submarket.

With tech and coworking tenants willing to pay a premium for new and top-quality space, their rapid growth across the market will only further contribute to inflated asking rents.

Adding to the office-leasing pressure is the projected strong growth in employment in the region. Savills projects that a total of 286,000 new jobs will be added in the Seattle area by year-end 2023.

The top three leasing deals for the quarter, according to Savills, were as follows: