The Maritime Building wins gold in the Repositioning category 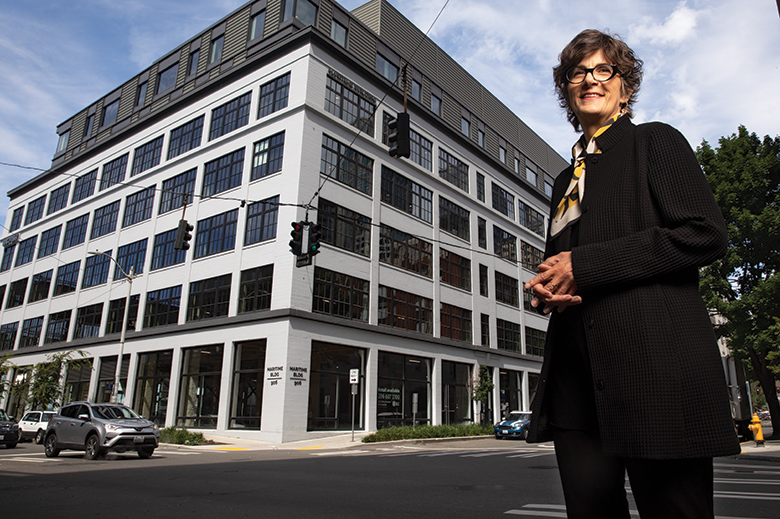 Turner Constructions description of the renovation project for the Maritime Building on Alaskan Way on the Seattle Waterfront, which was built in 1911, is remarkably candid: It really felt to the team that anything that could go wrong often did. The project was laden with complexity, given the buildings age, its original construction one of the last heavy timber post-and-beam and its location, with tidally influenced groundwater 36 inches below the basement slab. Just installing a new elevator involved forming, reinforcing, inspecting and hoisting a completed elevator pit from the roof to a newly excavated hole in order to minimize the pumping of groundwater and discharge to the site, and completing the work overnight. Also on the to-do list were seismic reinforcements and replacement of single-pane wooden windows.

Crews also added two full levels and one-half level of additional office space. Ultimately, Turner says, the project absorbed every unforeseen condition, construction and design challenge. The building was quickly leased to Big Fish Games Inc. and was sold by Bostons Beacon Capital Partners, which bought it in 2013, to STRS Ohio for $186 million. Despite what every team member would consider a difficult project, Turner adds, the team has remained in contact, and seeks to work with each other on future endeavors.