Why Do Companies Use Stadiums and Arenas as Billboards?

Seattle will soon find out. 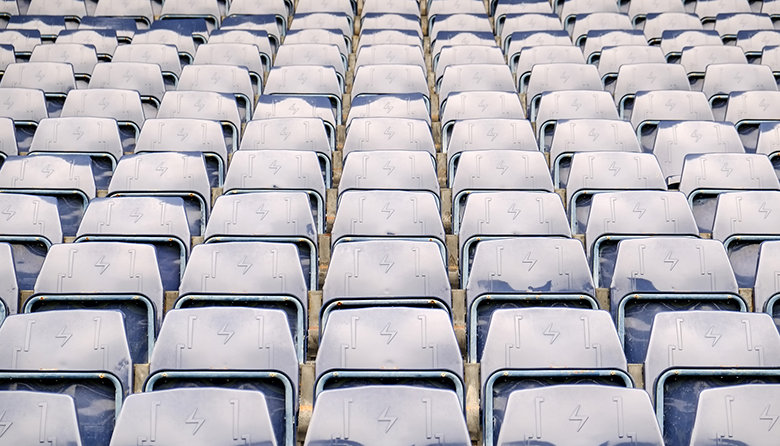 KeyArena will be getting a remodel, a new tenant and a new name. Safeco Fields lead tenant isnt going anywhere (we know, we know, lament the fans) but the building itself was recently renamed T-Mobile Park. (To the relief of mapmakers, and the disappointment of signmakers, CenturyLink has renewed its naming-rights deal with the Seahawks through the 2033 season.)

Even with the changes, Seattle has had a remarkable run of stability with the corporate names attached to its professional sports venues. Safeco Field has had that name since the joint opened in 1999.

KeyBank not only has had its name associated with the former Seattle Center Coliseum since 1995, but seven of those years came free of charge, its contract having expired in 2011 with no replacement. CenturyLink went from a generic Seahawks Stadium to Qwest Field before getting its current name in 2011.

In other cities, though, the names might as well be displayed on electronic reader boards, so often do they change. The home of the San Francisco Giants is a year younger than Safeco but has had at least three different names. Miamis pro-football stadium has been known as Joe Robbie, Pro Player, Dolphins, Land Shark, Sun Life and currently Hard Rock.

Seattle has also, so far, escaped the ignominy of the sponsoring company going bust (Enron in Houston) or running into financial trouble (Chesapeake Energy Arena in Oklahoma City, home to a basketball team sports fans from around here might remember).

Why the owners of the buildings sell the naming rights is not a difficult question. Those buildings are expensive; the price tag to renovate the Arena Soon To Be Formerly Known as Key is currently at $700 million.

A better question is why companies pay millions of dollars to slap their names on stadiums and arenas. Did anyone buy an auto insurance policy from Safeco based on its name being on the baseball stadium? Maybe KeyBank collected an ATM fee or a checking account applicant from having its name in countless stories about events at its namesake arena, but enough to justify the hundreds of thousands of dollars it spent on that advertising?

But its a time-honored tradition for companies to put their names on big buildings. Big-city high-rise buildings were usually named for their corporate owner or lead tenant. Often, that was a bank. You can tell how long someone has been here if they refer to the tallest building in Seattle, a rounded black-glass structure, as Columbia Seafirst Center, the name of a bank swallowed up in an acquisition years ago. (Washington Mutual had its name on two skyscrapers.)

The rationale for naming-rights deals was that they werent just a reflection of corporate pride or ego but one component of a broader marketing campaign that combined with other forms of advertising to help a company grab mind share with existing and potential customers. That companies are rethinking and in some cases dropping arena and stadium naming deals is no particular knock on that approach. These days, no one is sure if any form of advertising really connects with audiences, much less motivates them to go buy something.

Until someone figures that out, Seattle will follow the national trend of churning through names on sports venues. State transportation officials wishing to save a few bucks might be well advised skipping the formal name on freeway directional signs, opting for something more generic like football stadium or basketball/hockey arena unless the new corporate sponsor would like to pay for something more specific.