What Do Amazon and China Have in Common?

Both are disruptive, too big to ignore and absolutely key to the future of Seattle and Washington. 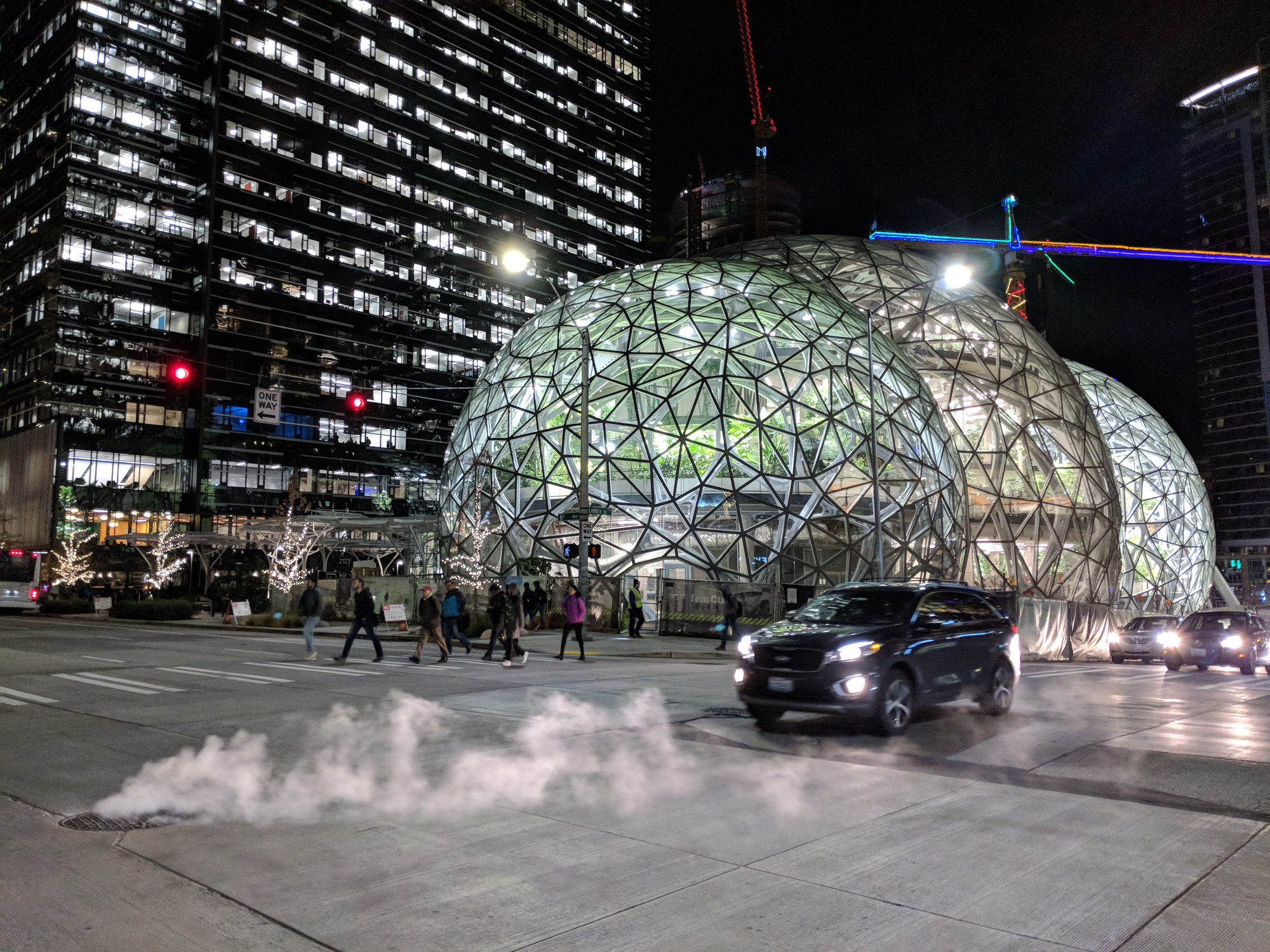 What do China and Amazon have in common aside from being featured in this issue of Seattle Business magazine? Well, they are both disruptive, too big to ignore and inextricably tied to our regions economic future.

China, like Korea and Japan before it, has pursued mercantilist policies that encourage exports while discouraging imports. And it has been aggressively promoting its high-tech sector by providing heavy subsidies and by forcing companies such as Microsoft, Boeing and Amazon to share their technology in exchange for access to the Chinese market (see our new feature story here).

In retaliation, the Trump administration has threatened to impose sanctions on China, but such measures, unless carefully handled, could trigger a trade war in which companies heavily dependent on China for exports of everything from airplanes to agricultural products could be caught in the crossfire.

China is a paradox of hope and fear, says Cheng Li, an analyst at the Brookings Institution. Hope, because in so many areas there is both the need and the potential for cooperation. Fear, because China could cause a lot of problems; it could challenge American leadership. …

Amazon represents an equally potent challenge. Its dominance in so many elements of e-commerce, from the 300 million active users on its website and its millions of product reviews to its highly automated fulfillment and delivery operations which now include a fleet of planes and thousands of trucks gives Amazon such a cost advantage that many merchants now feel they have little choice but to sell their products through Amazon.

Yet, as Amazon rolls out more and more of its own private-label products (see this month’s cover story here), it is increasingly in conflict with those merchants. Lina Khan, director of legal policy at the Open Markets Institute, argues in Amazons Antitrust Paradox, published last year in The Yale Law Journal, that Amazon should either be broken up or treated as a utility to prevent it from using its overwhelming power to its own advantage.

Its unlikely the Federal Trade Commission would ever take such a radical approach, given that Amazons innovations have resulted in better prices and services to consumers. But pressure could come from other quarters. The European Union, for example, fined Google $2.73 billion for abusing its power in internet search to promote its own Google Shopping service.

Amazon, like China, is a paradox of opportunity and fear. There is a tendency in the case of China for the United States to engage in saber rattling. In Seattle, local activists ignore the good that Amazon has brought to Seattle while demonizing the company for widening income inequality and raising the cost of housing.

For Washington state, both Amazon and China represent far more opportunity than trouble. While we can only hope the federal government moves cautiously as it pushes China for fair trade, locally we can pursue areas of common interest, such as the University of Washingtons joint venture with Tsinghua University to establish the Global Innovation Exchange to encourage collaboration between American and Chinese students.

In Amazons case, we need to encourage the path Amazon has already taken a direction of greater engagement with the community. A company with such a large presence in downtown Seattle has so many common interests with the rest of the community. It, too, wants better transit, a cleaner environment, a vibrant arts community and fewer homeless people. Why antagonize it when theres a saner approach?