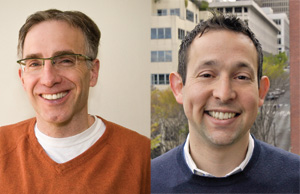 One in three jobs in Washington state is tied to trade.

Youve probably heard that line before. Its one of the most quoted statistics about trade in Washington, and its usually linked to another popular phrase that Washington is the most trade-dependent state in the country.

Heres the problem: The claim is no longer accurate.

As it turns out, the 1 in 3 jobs stat is the product of a 1999 Washington State Department of Commerce study. And even that link is only partly true. The 1999 study estimated the economic impact of imports to our state and then added that number to the findings of a 1997 study on the economic impact of exports. As you might suspect, a lot has changed in the economy since 1999, and even more so since 1997. In fact, there are at least three major ways that our states economy is engaged in significantly more international business activity than 12 years ago.

First, our biggest industries are now engaged in trade much more than they used to be. On the export side, 85 percent of the Boeing planes built in Washington are now shipped to foreign customers, and more than 60 percent of Microsofts sales are exported. The significant increase in exports also includes architecture and law firms, which are busy doing projects and setting up offices around the world, as well as the large numbers of international students and tourists we attract to our state. On the import side, we have seen significant job creation thanks to increased activity at our ports, higher amounts of foreign direct investment and headquarters jobs at our major manufacturers and retailersStarbucks, REI, Costco, Nordstromthat have expanded because of more cost-effective global supply chains.

Second, think about all the industries that barely existed here 12 years ago that now export goods and services, like our growing interactive media/video game industry, the wine industry and the global health sector. According to a recent Washington Global Health Alliance report, 59 Washington global health organizations have a combined 2,503 projects and initiatives in 156 countries.

Third is our expanded understanding of what constitutes trade in the first place. The 1999 study didnt count the value of our states significant international tourism revenues; nationally, about 25 percent of United States service exports come from travel and tourism. Nor did the 1999 study include the tuition and expense dollarsalso considered an exportfrom foreign students who study at our great colleges and universities, adding revenues that contributed $463 million to the states economy in 2010.

So what is the true impact of trade on our states economy? If were starting from a 1 in 3 baseline, the figure likely has grown to as much as one in every two jobs in Washington, or more.

Why should we care? Because, if our estimates are right, at least half of us are involved in jobs that are trade dependent. Therefore, we need to make sure that our state maintains and grows its international competitiveness.

Luckily, the Washington Council on International Trade and the Trade Development Alliance of Greater Seattle are partnering on the development of an International Competitiveness Strategy that is intended to address this challenge. The strategy will not only talk about how the individual parts of our trade economy can grow, but also how we leverage our strengths for maximum impact. For example, how can we take advantage of the fact that Bellevue, which has the highest percentage of foreign-born people in the region, might help build relationships in other countries that lead to increased sales of our products and services? Or how can some of our large corporations partner with local global health organizations to improve the health of the worlds most vulnerable people while simultaneously expanding market access in some of the worlds fastest-growing economies?

The strategy is an exciting undertaking, and we look forward to sharing the results with you when its completed. At the very least, youll no longer be caught quoting a statistic thats as old as Safeco Field … which, coincidentally enough, is home to our most famous symbol of international trade, Ichiro Suzuki.

SAM KAPLAN is president of the Trade Development Alliance of Greater Seattle.

ERIC SCHINFELD is president of the Washington Council on International Trade.