Thinking about getting into the pot business? Read this first 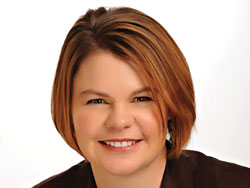 The hot topic at local social and business events is Washingtons legalization of marijuana for recreational use. The excitement has less to do with marijuana use than the business opportunities the drug represents. But as entrepreneurs and investors dig into the prospects, many questions and challenges loom because all aspects of the marijuana business remain illegal under federal law and the Washington state regulations wont be finalized until later this year. Despite the uncertainties, there are a few things we know:

1. Licensing. The Washington State Liquor Control Board is charged with creating the rules for this new industry. Preliminary rules are expected this month and final rules and procedures will be in place by December 6, 2013. Without clear rules in place, planning for entrepreneurs is difficult.

2. Retail Locations. The statute bans marijuana retailers from setting up shop within 1,000 feet of parks, schools, arcades, libraries, community centers and public transit centers. Also, Seattle has proposed its own restrictions on where marijuana outlets can be situated; with this result, almost the entire city of Seattle is off limits to marijuana businesses. Retailers will have trouble finding an attractive location that is convenient to their customers. In addition, many landlords have concerns about renting space to marijuana businesses. Since 2011, the U.S. Justice Department has been threatening the landlords of medical marijuana dispensaries with asset forfeiture proceedings. Though there have been few actual prosecutions, the threats have contributed to the closure of hundreds of dispensaries. Until the dichotomy between federal and state law is resolved, risk-averse landlords are likely to remain leery.

3. Banking. Banks are federally regulated and thus must comply with federal law. Regulators conducting routine bank examinations could be on the lookout for Washington accounts linked to marijuana businesses. Even institutions such as credit unions, which are not federally regulated, may be subject to stiff punishment under a federal law requiring them to notify the U.S. Treasury Department if they suspect any customer of illegal activity, such as collecting or laundering money from the drug trade. Historically, medical marijuana firms that have bank accounts have been deliberately vague regarding what kind of businesses they run, but under the new regulations and licensing, this will be more difficult to do. Many marijuana companies currently operate a strictly cash business, but this approach is not sustainable for big business ventures.

4. Service Providers. The federal government considers proceeds from marijuana sales to be illegal drug money. Therefore, anyone who provides paid services to a marijuana businessaccounting services, phone services, graphic design services and so oncould be regarded by the federal government as being in receipt of illegal drug money. While this scenario is unlikely, risk-averse service providers, especially municipal service providers, may choose to steer clear.

Washington is attempting to do something truly unusual, and it is proceeding cautiously. While legalization of marijuana in Washington offers an enormous business opportunity, there are substantial uncertainties. And the biggest riskfederal enforcementwont be eliminated anytime soon.

MICHELLE BOMBERGER is managing attorney at Equinox Business Law Group in Bellevue. Reach her at michelle@equinoxbusinesslaw.com or 425-250-0205.