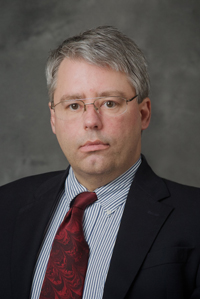 Welcome, readers, to another edition of Modest Proposals, an irregular feature of Seattle Business magazine in which we offer bold, visionary, forward-looking solutions to the pressing problems of the day here in the Jet City.

Today, we tackle the ongoing question: Seattle: Ready for Self-Governance?

As you may have read, Seattles current mayor, Mike McGinn, has occupied much of his first months in office getting into fights with the governor, the City Council, the police union, the business community, neighborhoods and motorists, when not ruminating on subjects beyond the scope of the mayors office, such as the school system.

Seattle got itself into this predicament because voters chose, not without justification, to toss the former occupant of the office, Greg Nickels, out on the street. He was allowed two terms to wear out his welcome, which was more than voters granted his predecessor, Paul Schell, who was also unceremoniously dismissed while seeking reelection.

Ordinarily, such difficulties can be corrected as soon as the next election with the emergence of candidates who demonstrate more understanding of the electorates concerns, or who are at least loathed less than current officeholders. But a survey of the likely candidates of the moment, including current council members and other mayors-in-waiting or wannabes, provides little reassurance that the outcome will be any happier.

Fortunately, by virtue of out-of-the-box thinking, we are able to suggest a most attractive solution to Seattles ongoing political morass.

The next mayor of Seattle should be … Kemper Freeman Jr.

We now pause for readers to clean the spit-up coffee stains from the printed page or the computer screen, and deal with the objections to such an eminently sensible plan.

Well start with the minor point that Kemper Freeman does not actually live in Seattle, thus posing a slight impediment to serving as its mayor.

But how much of an obstacle is this really? If the region is not yet up to the admittedly radical step of one town annexing the other (Seattle as a subdivision of Bellevue, perhaps?), then we can move Freeman over the lake to his new hometown.

The portability of politicians is nothing new for this region. Jay Inslee used to represent Washingtons 4th Congressional District (Yakima). When voters there tired of his company, Inslee decamped for the wet side of the state, found a district more to his liking (the 1st) and ousted the incumbent there.

In fact, exportation of a mayor to another community wouldnt even be new for Belle-vue. Cary Bozeman served three terms as mayor of Bellevue, then moved across two large bodies of water to be elected to two terms as mayor of Bremerton.

More significant would be what Freeman could bring to Seattle.

While it is fashionable, at least in Seattle, to decry Bellevue as a soulless, car-dependent bedroom community, that evaluation is a strikingly old-fashioned take on the new reality in the Puget Sound region. Bellevue has emerged as a retail center, a corporate center and, when its new performing arts center is built, a cultural and entertainment center, independent from Seattle.

That storys not exclusive to Bellevue. More and more cities once dismissed as outlying suburban communities existing solely to feed workers and dollars into the regions hub are rapidly developing their own identities, amenities and infrastructure to make them true standalone communities.

Often that growth comes at Seattles expense. Not only do these ring cities attract families with kids, they develop the job-creating business, retail, recreational and event centers that keep residentsand their dollarsat home.

As one of the prime movers in Bellevues transformation, Freeman might have some innovative ideas for revitalizing Seattle. Even as an outsider and a man of some wealth, he might have more understanding of businesses, families and homeowners, not to mention the currently despised motorist. A noted skeptic of light rail, he also would bring a much-needed jaundiced eye to the citys expensive streetcar fetish.

Whats not to like? If it works, Seattle gets moving again. If it doesnt, Seattleites can revert to activities they most enjoy: tossing mayors out of office, feeling smugly superior to their neighbors, and ignoring the long-term trends that will one day overtake the city.