Mom to Employer: “Do You Mind if I Sit in on My Son’s Interview?”

More than one-third of managers are annoyed when job seekers get help from helicopter parents. 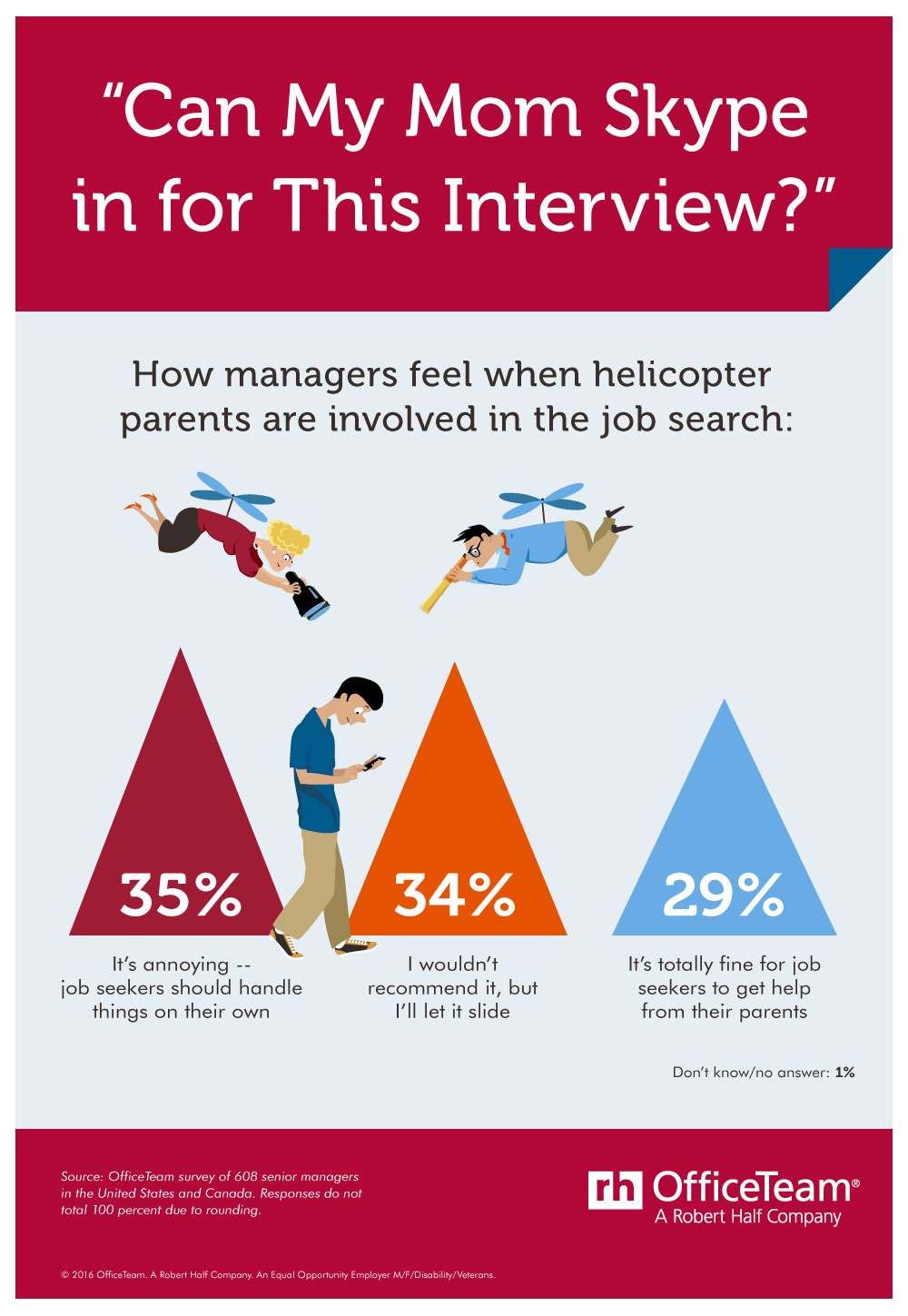 Do Mom and Dad know best when their children are looking for jobs? Not always, new research from staffing firm OfficeTeam suggests. More than one in three (35 percent) senior managers interviewed said they find it annoying when helicopter parents are involved in their kids’ search for work. Another one-third (34 percent) of respondents prefer Mom and Dad stay out of the job hunt, but would let it slide. Only 29 percent said this parental guidance is not a problem.

View an infographic of the survey findings about helicopter parents.

Senior managers were asked, “Which one of the following statements most closely describes how you feel when a candidate’s parent is involved in the job search process?” Their responses:

*Responses do not total 100 percent due to rounding.

Managers were also asked to recount the most unusual or surprising behavior they’ve heard of or seen from helicopter parents of job seekers. Here are some of their responses:

And one parent took a reverse psychology approach:
“When we called one candidate, his mom answered and asked us not to hire him.”

“Parents want the best for their kids, but being overly involved in their child’s job search can cause more harm than good,” said Brandi Britton, a district president for OfficeTeam. “It’s a positive for Mom and Dad to help behind the scenes by reviewing resumes, conducting mock interviews and offering networking contacts. However, ultimately, companies seek employees who display self-sufficiency and maturity.”