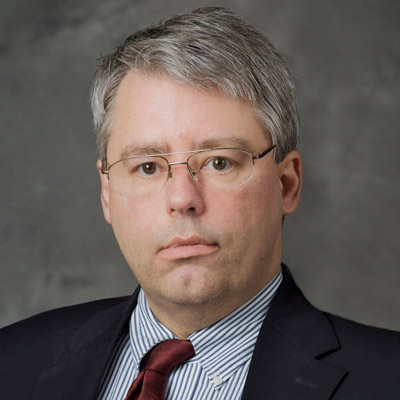 When it comes to the raw R&D brainpower needed to create the innovations that will generate the products, companies, industries and jobs of tomorrow, the state of Washington does all right for itself.

Maybe were not Boston or the Bay Area. But we have two major research universities, a host of other higher-ed institutions with niches of their own, Pacific Northwest National Laboratory, multiple health care and medical research organizations, and all the activity at private sector companies ranging in size from giants like Boeing and Microsoft to garage tinkerers.

Which is good and necessary from a competitive standpoint.

It is also, unfortunately, only half the task, and maybe less than that, in getting from an idea to something someone will pay money for.

Its on the other half that the state of Washington could use some improvement.

Dendreon is a Seattle biotech company and a rarity in its industry for seeing its productProvenge, a prostate-cancer treatmentthrough years of testing and regulatory review to commercial sales. But when it came time to scale up manufacturing, Dendreon announced it was building a production facility in … Georgia. It later announced plans for another plant in … California.

More recently, Kennewick-based Infinia Corp. has been developing an electrical generator using solar energy to drive a Stirling external combustion engine. The company has been the recipient of considerable attentionincluding a manufacturing award from this magazineand assistance. In the most recent session of the Legislature, Infinia got a B&O tax break for its technology.

So it stung a bit when Infinia began laying off employees as part of its plan to move most of its operations to … Utah.

That news was quickly followed by the decision of Kent-based Avure Technologies, developer of ultra high-pressure technology to eliminate food-borne microorganisms causing illness and spoilage, to relocate its corporate headquarters to … Tennessee.

The decisions by Infinia and Dendreon are particularly worrisome because they are leading companies in two industriesgreen energy and biomedthat this state is counting on as drivers of economic growth.

Small though they may be (Hey, its not like were losing Boeing or anything! Oh wait…), theyre also the sort of businesses that can grow over time into big companies, contributing not only jobs but also next-generation technologies and spinoffs to capitalize on them. Avure was a product of Flow International, the long-established developer of high-pressure waterjets for industrial cutting and cleaning.

And it is not much consolation when its the production side rather than the whole company that moves. (In Avures case, production is already located elsewhere; its a 20-employee office thats moving). Companies, particularly in technology-intense fields, may want to cluster near each other and near research facilities, but they dont want production to get too far afield (ask Boeing about that one). For many industries, the production floor is an excellent source of ideas for product improvements and successors. Were just the idea people isnt a workable strategy for many firms or for a states economy.

Companies move or build elsewhere for many reasons. Some go because they get a boatload of incentives thrown at them, others because the owners or investors are from somewhere else, still others to be closer to core markets, R&D centers or suppliers, and some because they dont like the taxes, the traffic, the weather or the sports teams.

As strapped as the state is on economic development now, it needs to research these and other stories of business departures. As important as recruitment of companies is, retention is at least as important. If theres a pattern to the reasons businesses based here move or spend elsewhere, Washington will have to face up to those problems. The same factors that motivate companies to leave also deter others from coming here.

Washington is putting a lot of attention and resources into workforce training and education, and indeed, thats important. But an even bigger issue is looming: training those workers who will graduate only to find the jobs theyve been prepared for exist in Georgia, California, Utah and Tennessee.