How to add a billion dollars worth of green to Seattles books. 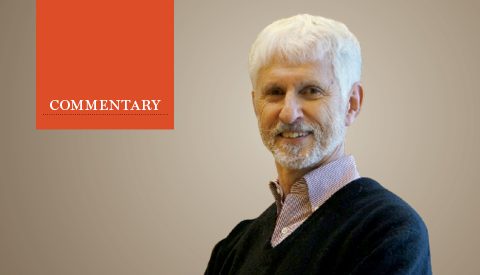 The building boom thats driving up real estate prices and jamming Seattle with housing and high-rises is also squeezing out and devaluing the citys green, open spaces.

But the city sees dollar value in buildings, and mostly overhead cost in green spaces. Former Seattle Parks & Recreation Director Tim Gallagher discovered this fact when he presented the surprising 2011 Trust for Public Lands report on Seattles parks to the City Council, revealing that, every year, these parcels deliver $500 million in benefits and savings to Seattle. The council marveled at the study, had no idea how to integrate those dollars into city accounting, and cut the Parks & Recreation budget.

In 1899, this citys visionary forebears authorized purchase of the Cedar River watershed to provide Seattle citizens with benefits in perpetuity. It has provided millions of people with trillions of gallons of clean drinking water as well as vast public health, recreational, environmental and livability benefits. The city knows its a priceless asset, but if the watersheds 91,000 acres were appraised at fair market value, they would be considered little more than raw land.

Theres something wrong with accounting here, says economist David Batker, executive director of Tacoma-based Earth Economics. We should account for the value of these natural assets on the books. If Seattle Public Utilities (SPU) took on debt and built water-filtration infrastructure, lenders and bonding agencies would look more favorably on that asset than on the watershed, which is a more resilient, less risky asset.

If you valued the watershed for the water it actually produces, it would more than double SPUs asset base, Batker asserts. The fossil-fuel industries all report the value of gas, oil and coal assets they hold in the ground. But water counts as zero.

Earth Economics has played a strong role in helping governments value ecosystem assets. In 2005, King County and 16 cities used its research to achieve the innovative Green/Duwamish and Central Puget Sound Watershed salmon protection agreement, the first of many. When Seattle Public Utilities worked with Earth Economics to restore Thornton Creek, Seattle became the first U.S. city to include natural capital in managing its assets.

If the city had used traditional cost-benefit analysis and ignored the dollar values of public benefits such as public health, park access, education, salmon restoration and flood-risk reduction, SPU would just have installed a big drainage pipe, says Batker. And in the record rainy season that followed, the area would have flooded again. The city avoided that by making the investment at Thornton Creek.

Seattles green infrastructure is estimated to provide more than a billion dollars worth of value to the city each year. Adding that amount to Seattles asset portfolio would improve its bonding and borrowing positions, potentially enabling Seattle to save tens of millions of dollars a year on financing costs.

Too, Seattle would be in line with a national trend. The Federal Emergency Management Agency and the Army Corps of Engineers now use ecosystem service valuation in their analyses for flood and hurricane planning. Last October, the Obama Administration directed all federal agencies to incorporate natural infrastructure and ecosystem services into federal decision making. Tacoma, San Francisco and other cities have joined Earth Economics in asking the federal government to incorporate ecosystem asset valuation into Generally Accepted Accounting Principles (GAAP).

These bottom-line benefits led the City Council to pass two ecosystem asset initiatives in November. The first funds research on a land trust to oversee more than 400 acres of city-owned, non-park properties. The second directs city departments to begin assessing Seattles entire green infrastructure and valuing it, as an initial step toward incorporating those values into the citys asset portfolio.

We dont have to wait for GAAP, says council member Sally Bagshaw. We can put ecosystem values in our notes, to show that these assets exist, even if theyre not allowed yet on the books.

Martin Westerman serves on the boards of the Seattle Green Spaces Coalition, the West Seattle Transportation Coalition and the Fauntleroy Community Association.