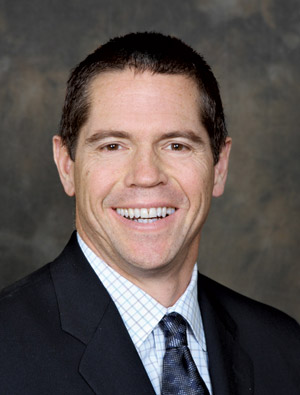 Near the end of 2008, the commercial real estate world began falling apart. In the course of five months, an otherwise normal environment turned into a projected industrywide revenue decline of 30 percent to 60 percent for 2009.

At 49, Im old enough to have lived through the savings and loan crisis and a few recessions of my own. A contrarian by nature, I was afraid the experts were right this time. Our 24-year-old, award-winning commercial real estate company was managing and transacting more than $1 billion worth of property in 2008. At an emergency retreat with our key staff, I suggested that the financial crisis was placing us in an economic life-or-death situation. The ideas that emerged from that critical retreat put us back on a growth path. Even more remarkable: A large number of the best ideas came from this marvelous group of young Americans in their 20s and 30s dubbed Generation Y or Millennials.

The plan was simple: We old-timers in our 40s and 50s would shore up our current customers, but we needed a different approach to find new ones. My Gen Yers tech-savvy ways and creativity helped deliver a 30 percent increase in revenue in 2009 at a time when most of our competitors saw their revenues shrink. We increased our market share and were able to recruit more talent.

To Gen Y, its not about finding people or marketing to them; its about closing the deal. I can find anyone we want to find, said one particularly dynamic Millennial on my staff, pointing to his smartphone. See, here are the five prospects you say youve been trying to reach this past week. His challenge, he said, was knowing what to say to the prospects. By combining their social networking savvy with the expertise of our older employees, we tripled the effectiveness of our business development efforts.

Labeled needy by the generations that preceded them, Gen Y is now growing out of its cushy childhood and developing an adult toughness born of coming into the workforce at the height of a very difficult recession. Most are keenly aware of Americas challenges. Each owns a $46,000 share of the national debt, a burden many view as the product of the pathological indulgences of the Baby Boomer. In generations prior, men like Roosevelt, Kennedy, King and Reagan spoke to younger generations about American exceptionalism. Today, those words are rarely uttered by self-absorbed Baby Boomers. Yet Gen Yers are entirely exceptional. One of my more productive Gen Y brokers plays softball on weekends with a buddy back from war. This friend now battles post-traumatic stress disorder after surviving bloody battle in Afghanistan. We play for him, not for us, the broker says. Its a duty, a privilege. Exceptional, indeed.

Tom Brokaws book The Greatest Generation makes a compelling case for the exceptionalism of those who carried us through World War II and led the American economy in the years that followed. Gen Y, made of different stuff, is proving its greatness in the workplace. Theirs is a world where connections can be forged with anyone on the globe, making them especially useful in difficult economic times where re-engaging the market is a survival tactic, not a department within a company. They move fast and they become bored fast, demanding a form of leadership that respects their creative and nimble side but helps organize it for a common purpose. They might have been stuck with the needy label, but the recession has hardened them, making them a force to be reckoned with in American business. And its given the really good ones an enviable work ethic.

Were not deep into their book yet. But theirs may be just as good a read as Brokaws when its done.

Tom Hoban is CEO of the Everett-based Coast Group of Companies, specializing in property management, brokerage, leasing and investments. Reach him at [email protected].