What Seattles 21 mayoral candidates should do to win the primary. 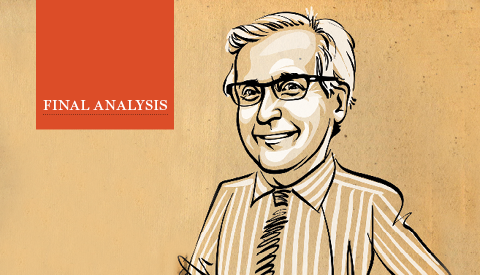 Perhaps you have heard. Twenty-one people want to be mayor of Seattle.

Actually, there may be even more people who want to be mayor, but 21 have formally filed to have their names placed on the primary election ballot next month. The top two finishers go head to head in November.

Why anyone would want to be CEO of this $5.6 billion enterprise is beyond me. The streets are crumbling. The traffic is awful. Housing is ridiculously expensive.

But the job pays well. A hundred and seventy-five thousand a year.

Still, running Seattle booming economy and all remains an intimidating task, so heres a bit of advice to the 21 candidates seeking to replace the beleaguered Ed Murray.

Dont promise to end homelessness. Its not going to happen. As Seattle spends more on the problem, more and more homeless people move to Seattle, figuring a city with a temperate climate and a bottomless heart is a good place to call home.

Stand up to Uber. Capitol Hill outlawed parking about 10 years ago. Ballard has followed suit. No one parks in these neighborhoods anymore. They just drive around the block wishing and hoping and planning and dreaming and occasionally rear-ending an Uber driver who feels its his divine right to stop abruptly in the travel lane to pick up a passenger, or to pull into a too-small space so that half his car is still blocking traffic, or to park in a bike lane and force bicyclists to veer into the car lane and invite all sorts of mayhem. The courageous candidate will demand that Uber drivers learn how to drive.

Forget about sports. Getting involved in any effort to bring professional basketball and hockey to Seattle really has little to do with economic reality. You could look it up. (Pro tip: You might get a few laughs if you pledge to bring a professional baseball team to the city.)

Sign up for Amazon Prime. If youre elected mayor and you get re-elected in 2021, there may be 80,000 Amazonians working in Seattle by the end of your second term. Honest! Showing the Borg some love before it subsumes you and your administration into the hive mind would seem a prudent move.

Get creative. The current administration wants to raise revenue by taxing soda pop and other sugary drinks. Why stop there? This is Seattle, where smugness is a birthright. If you really want to send a message, promise voters that youll tax SUVs, non-organic produce, Oregon pinot noir, left-lane sitters and disposable diapers.

Promote education. Who hasnt stood in a fast-food restaurant in Seattle pondering the three side-by-side-by-side garbage containers and wondered if the stuff theyre about to throw away is recyclable, compostable or none of the above? The savvy mayoral candidate will provide handy, wallet-size brochures describing exactly where our taco wrappers are supposed to go.

Take the bus. Sure, light rail is cool. But it doesnt go anywhere near where most people live or need to be. Without Metro buses, this city shrivels up and dies. Yes, weird people ride the bus. It would be impressive if some of them were running for mayor.

Hug a business owner. The prevailing sentiment among people who own small and midsize businesses in Seattle is that city government thinks these enterprises are easy marks for onerous taxation and persistent overregulation. If you want business owners to vote for you, tell them their companies are the lifeblood of the city and mean it.

Take a long walk. Every neighborhood looks different on foot. You can thank me later.

JOHN LEVESQUE is the managing editor of Seattle Business magazine. Reach him at [email protected].