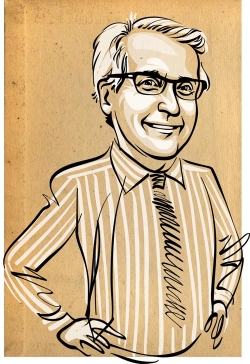 Some years ago in this space, I wondered what it would be like if CEOs ran their companies according to Jesuit principles of leadership. The Jesuits call them Ignatian principles, after Ignatius Loyola, the soldier-turned-priest who founded the religious order 475 years ago.

Jesuits operate a lot of universities, including several in Europe, and they train a lot of business leaders. Im guessing the executives at Volkswagen AG didnt get Jesuit training. Or, if they did, they forgot it.

And so Im fixing to forget Volkswagen. My wife and I have driven VWs for years, but were so embarrassed by the association with das Auto that our current Jettas are likely the last Volkswagens well be driving for a long, long time.

This troubles me on a couple of fronts. One, we like our cars. Theyre gasoline models, so I believe though I dont know for sure that Volkswagen hasnt tampered with them to make them perform better during emissions testing and then pollute like drunken smokestacks the rest of the time. Two, by choosing to drive other cars when our Jetta leases expire, Im ending a relationship with a local business.

But I suppose its no different from switching supermarkets because the prices are lower or the meat department is better at the new place. Or ceasing to visit a restaurant because the quality of the food has diminished or the prices have gone up. During the past 20-some years, in fact, weve done business with five Volkswagen dealers from Tacoma to Bellingham, looking for better deals, better options and, in one instance, actually following a favorite salesperson from one dealership to another.

Maybe that embarrassment will subside as we move on to the next corporate scandal. But the lease on my Jetta is up in three months and Im quite sure my next car will not be a Volkswagen. The lease on my wifes car still has two years to go. It will be interesting to see how we feel about VW in 24 months.

Friends who have a diesel Volkswagen Passat now call it their Pig Car. Theyve joined one of the class-action lawsuits seeking redress from Volkswagen for leading them to believe they were being good stewards of the planet when, in fact, their car was the automotive equivalent of Typhoid Mary.

In his book Heroic Leadership: Best Practices from a 450-Year-Old Company that Changed the World, Chris Lowney points out that theres nothing particularly mysterious about Ignatian-style leadership, and that it is perfectly applicable in secular corporate settings.

At its most basic, Lowney writes, Ignatian leadership is simply a way of living, an ongoing process. Its about who we are, he says, not what we do. And it certainly is not an act.

Somebody at Volkswagen acted badly in deciding it was good business to sell diesel cars whose emission controls worked only when the cars were being tested. (The rest of the time, the pollution controls were switched off, which made the cars peppier and more responsive.)

The ingenuity necessary to create and execute such trickery is impressive, but its the kind of leadership that makes you want to let the air out of some CEOs tires.

Volkswagen CEO Martin Winterkorn has already quit in disgrace, so theres nothing left to do but go car shopping. I wonder what Pope Francis, the worlds most prominent Jesuit, thought of the Fiats he was tooling around in during his stateside visit.

John Levesque is the managing editor of Seattle Business magazine.