Making room for our growing population will require more density in urban areas as well as innovation in transportation and office use. 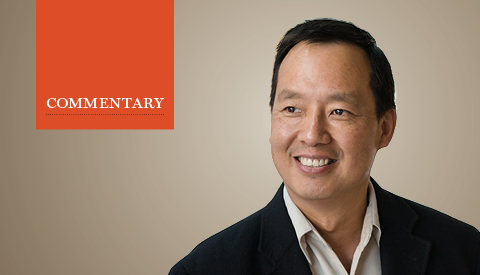 Seattle has an enviable problem. More and more people are moving to the Puget Sound, so many that, by some estimates, the regions population could increase by one million residents by 2040. At the same time, Seattle is constrained geographically by water and hills. Our topography is scenic and beautiful, but it also makes it difficult to build new housing.

Further complicating matters, approximately 65 percent of Seattles land area is zoned for single-family residences. The hourglass shape of Seattle, at its widest pointbetween Ballard and Magnuson Park, along 65th Streetis zoned for the lowest density. Meanwhile, the area zoned for the densest developmentdowntownis narrowest and where land is most scarce.

Water, land and zoning regulations: these are the facts. If population trends continue, how will people live in our city? As Seattle densifies, how can design provide a more humane environment and housing that all residents can afford? These are some of the questions Im interested to explore at a panel discussion on October 5, Seattle 2040: Where Will All the People Live? at NBBJs Seattle office.

As an architect, Im particularly interested in how we might insert greater density, for people of all incomes, into our existing street network including the single-family areas that constitute such a high proportion of Seattle. Mother-in-law apartments, residential units over garages, duplexes and townhouses are just a few options. Done right, we could increase density and affordability without dramatically changing the character of those neighborhoods.

This November a major ballot initiative, Sound Transit 3, could raise billions of dollars to expand light rail. If that happens, it would substantially increase the number of transit-oriented centers in our region, which would lessen the impact of building because we could spread it across more light rail stations.

There are other options. We could look at reusing and densifying public rights-of-way. High-rises like the no-shadow tower could mitigate the impacts of tall building on the urban environment. Or driverless cars might create a new transportation system in the next 25 years that fundamentally changes how we get around and where to encourage development.

If you think about the design of office space, 25 years ago, a majority had a private office with limited public amenities; now office space is moving in the other direction, asking people to have less personal space at their desk, but having access to a wider range of shared amenities. I almost think we need a similar approach whereby people move from large single-family houses to smaller homes or apartments. The key to making this work is to have access to more shared, semi-private amenities or nearby public open space.

Some of the issues Seattle faces also challenge many other U.S. cities, but these challenges cannot be solved by design firms single-handedly. A citys growth affects everyone, young and old, rich and poor, newcomers and long-time residents. We are in this together, and it will require everyone to bring about our shared future.