He or she would help the city prepare for crises. 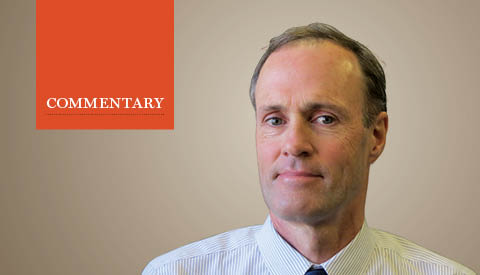 For decades, scientists have been warning us about the big one the looming magnitude 9.0 earthquake that is expected to cause devastating damage to a substantial portion of the Pacific Northwest coast.

While its uncertain exactly when this megaquake will hit, Seattle has recently taken major steps towards getting in front of the threat. Earlier this year, the city joined 100 Resilient Cities pioneered by The Rockefeller Foundation, which aims to prepare cities for the shocks and stresses that threaten economic and social viability. While the original target for the network is 100 cities around the world, the goal is to use proven models to help 10,000 cities make effective resilience planning a part of their DNA.

More recently, Seattle Mayor Edward Murray pledged the citys commitment to collaborate with Vancouver, British Columbia to advance shared sustainability and resilience goals. On both sides of the international border, the two cities face similar challenges related to seismic risk and climate change, aging infrastructure and a lack of affordable housing. Seattle and Vancouver plan to learn from one another as they work to develop and implement holistic resilience strategies that lay out tangible approaches to tackling the shocks and stresses facing each city.

Earthquakes get a lot of attention, but theyre just one of the myriad threats Seattle faces as a large metropolis. Rising sea levels, coastal erosion, and risks of flooding are all events we need to plan for. Its a lot to keep track of, particularly when our cities are run by dozens of departments, each with its own priorities. To solve that issue, the central figure in the 100 Resilient Cities model is the grant-funded chief resilience officer (CRO) position a senior-level public official dedicated to developing a defined process and resilience strategy tailored to the needs of the city. In Seattles case, this means not only enormous shocks like earthquakes, but infrastructure failure, economic inequality and a lack of affordable housing stresses that add up over time to erode a citys economic viability, and lead to bigger problems.

There are several benefits to having a CRO responsible for integrating resilience into the planning process for different city departments – an increase in productivity, reduction in excess city spending caused by redundancy, and the opportunity to apply for grants, among other things. In Norfolk, Virginia, for example, the CRO has engaged engineering firm Amec Foster Wheeler, StreetPlans and IOBY to support a flood management workshop that aims to reduce flooding, support neighbourhood revitalization and drive communication to city stakeholders.

A significant aspect of the CROs job is about connectivity. This includes helping siloed government agencies to work and plan together, and scaling up existing disaster planning to meet a citys actual needs. In addition to institutionalizing resilience into the fabric of city operations, it is also about connecting Seattle to other cities, like Vancouver and Rotterdam that deal with similar shocks and stresses.

Japan, for example, has developed a cooperative risk-sharing model between government and insurers that works to stabilize economic fallout from the 2011 tsunami and earthquake in that country. This is an approach the C.D. Howe Institute an independent, not-for-profit think tank that aims to provide sound research and policy also recommends looking at in a recent report which found that an earthquake big enough could sink major insurers, causing an industry-wide crisis and potentially triggering an economic collapse.

Cities are extremely complex ecosystems, but they are also increasingly the preferred way to organize our societies and drive our economies. By 2020, 70% of the global population is expected to live in cities it is imperative that we plan today to protect our livelihoods, and ultimately ourselves, in the future. By establishing international networks, like the partnership Seattle has pledged with Vancouver, cities can share best practices, support each other and collaborate. Ensuring that resilience is taken into consideration at every step and by connecting with like-minded cities, we give ourselves a fighting chance to deal with whatever comes our way.

Peter Hall is a global sustainability and climate change resiliency lead for Amec Foster Wheeler and director of the firms partnership with 100 Resilient Cities. He is an Alliance for Water Stewardship and Environmental Management Systems certified professional.