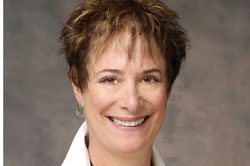 Its no secret our corner of the country has cultivated some outstanding leadersin business as well as in other sectors of society. For the past 30 years, Leadership Tomorrow has been cultivating leadership development for the benefit of the Puget Sound region. During the program, participants expand their leadership skills while gaining a greater commitment to community stewardship.

A significant part of the current curriculum is developed around the teachings of James Kouzes and Barry Posner, authors of The Leadership Challenge. Kouzes and Posner define exemplary leaders as sharing five common behaviors when they are at their best: They challenge the process, inspire a shared vision, enable others to act, model the way, and always encourage the heart. Leaders can use the five behaviors to improve their ability to succeed. More specifically, effective leaders:

Define what success looks like and then pave the way for a team to prosper, while mentoring individual team members along the way.

Get their teams excited and moving in the same direction, believing they can make a difference.

Speak their mind and take risks that ultimately lead to a new way of thinking.

Create a sense of mutual respect and trust that makes their teams more powerful.

Reward their teams and celebrate even the smallest victories.

Alan Mulally, president and CEO of Ford Motor Company and a 1985 graduate of Leadership Tomorrow (he was an engineer at Boeing when he participated), recently shared his experience at Ford with a group of fellow Leadership Tomorrow alums and guests. His anecdotes from more than six years at Ford gave everyone in the room an idea of how he was able to turn around such an iconic American brand. It was clear he practices all five behaviors.

One of Mulallys stories was about how he completely changed the meeting structure for his senior leadership team. He gathers leaders from every region and skill team at Business Plan Review meetings each week. Each division head reports progress against the business plan using straightforward, color-coded bar graphs. At the first of the new meetings, each executive continued to share nothing but good news. Over decades, Ford executives had learned to rosy up the picture in group meetings to avoid public humiliation, so this was no surprise. Because the glowing reports did not connect with the reality of huge projected losses, Mulally finally stopped the show, reminding everyone in the room that Ford was projected to lose $17 billion that year. He encouraged his team to get back to the drawing board and come up with new charts that truly represented the state of affairs. He reassured each person that wherever problems were identified, support would be offered rather than public castigation.

The following week, the PowerPoint charts were still mostly optimistically green until a slide popped up in red, indicating problems. Because of an apparent glitch in the production of the new Ford Edge, the launch of the companys first true crossover would be delayed. Silence filled the room. Delaying a launch was a big deal. Admitting to a problem in such a public fashion was even worse. The sound of Mulallys clapping broke the silence. This is what he wantedan environment of trust where the first instinct upon unearthing a problem was to fix it rather than assign blame.

By revamping how senior executives worked together, and encouraging honesty and transparency among core leaders, Mulally was able to change an entrenched culture of infighting and make collaborative problem solving and innovation the norm.

Mulallys stories highlighted what amazing change can come from strong leadership. More than 1,600 graduates have been through the nine-month Leadership Tomorrow program. They serve in varied leadership roles, from corporate executives, elected officials and university regents to nonprofit professionals, community volunteers and small-business owners. Every day, these leaders put into practice what they learned in Leadership Tomorrow and the five behaviors, working to effectively confront complex problems by cultivating innovation, risk taking, and mutual respect and support within their organizations.

JAN LEVY is executive director of Leadership Tomorrow, the civic leadership program for emerging and existing leadership in the region. Learn more at leadershiptomorrowseattle.org.