The Beauty of Outsourcing 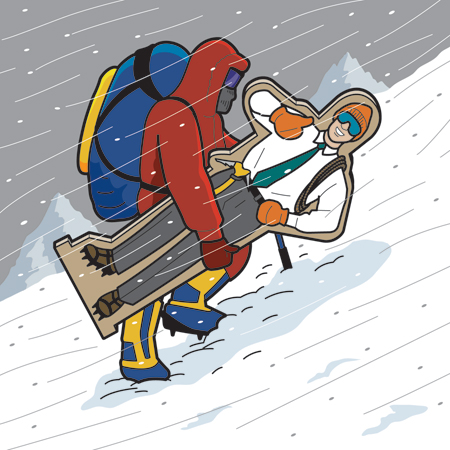 In order to save on labor costs, companies have been outsourcing jobs and entire production facilities to other countries for decades. Boeing, for example, contracts with dozens of foreign firms to design and build major sections of its airplanes (then those businesses apparently subcontract the work to nearby toymakers). Boeing finishes the assembly (i.e., painting) here on our shores.

But thats all Old World. Today, its possible to outsource almost anything: high tech, low tech, no techfaster than you can say, No unions here. And many Washington businesses are now taking outsourcing to a whole new level, making it clear to all why out is now in.

Looking to provide an additional service to loyal customers, Starbucks is outsourcing something java addicts need even more than caffeine: sleep! Along with a triple-tall latte, customers can order up a designated sleeper, typically an Australian teenager, who will snooze for hours on end in their stead.

The federal government has made the fiscally sound decision to move its currency printing operation from the United States to China. Killing two birds with one stone, the shift will also help address the nations $367 trillion debt to China. The Chinese will print the money and simply deposit it directly in the National Bank of China. The U.S. hopes it takes a while before China realizes the crisp bills are worthless.

Why risk leaving your Kindle on the bus or missing the latest House marathon just to read a book? Amazon has created a new outsourced reading program for customers too busy to read. Simply select the not-yet-CliffsNoted title of your choice and an unemployed Lithuanian professor will do the heavy reading and summarize what you need to know in convenient mini-presentations, complete with provocative comments tailored to your particular book club.

Everyone knows that, under a new agreement, Yahoos websites now use Microsoft Bing as their search engine. What Microsoft hasnt revealed is a secret new program: All search requests are automatically pasted into a Google search bar with the results popping up under Bings banner. No wonder Bing is generating better results! Borrowing, appropriating, innovatingsame thing, right? What wont they think of next!?!

Seattle public schools are getting in on the outsourcing act, sending students with half a chance to institutions outside the States. This isnt some kickback year abroad in Europe: Schools are located in Tokyo, Beijing and Mumbai, and once the little geniuses arrive, they are forced to studyno cellphones, no Twittering, no back talk, no video gamesjust an abacus, a pencil and a teacher with a 4-foot ruler who knows how to use it. King County kids come back educated, motivated and genuinely thankful to be home in America, where they can give back to our democratic and pain-free society.

In a case of reverse outsourcing, students here are playing video games for their peers in China. This way, Chinese kids can focus on their studies, better preparing them for world domination, while their American counterparts help them advance to ever-higher levels in such critical fantasy games as World of Warcraft.

Outsourcing can even be a lifesaver! REI Mountaineering has developed a new SafeSummit program. Simply email SafeSummit technicians your peak pick (Rainier, Denali, K2, Everest, etc.) along with a photo of yourself. They will create a life-size cutout for a Sherpa to carry you to the top of your chosen destination. (A little like Sandy Pittman but without the whining and the sex.) Your picture is taken on top of the world, and your avatar will be returned safe and sound. Tweet that!