Rapid expansion slows, but global, U.S. and regional economies will continue to be strong in 2019 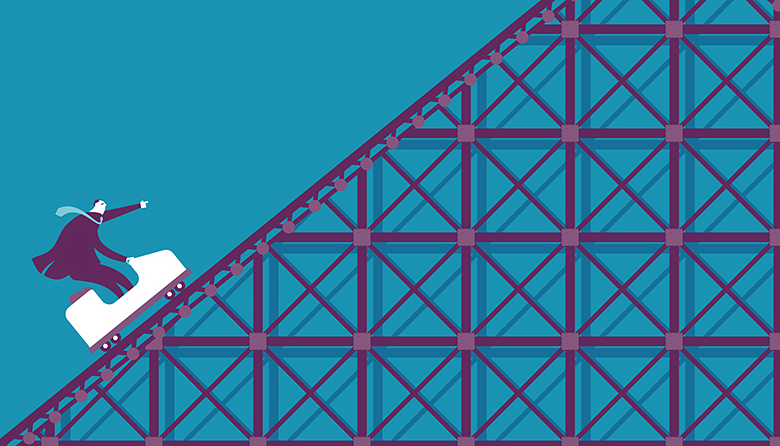 The global economy has been performing pretty well recently with Gross World Product running in the 3 to 3.5 percent range for the past seven years. I believe the world economy will continue growing, but we are starting to face some fairly major headwinds that will likely slow growth modestly in 2019.

The global expansion has evolved into one where the rate of growth of the worlds economies has started to bifurcate. For example, regions like the United States are continuing to grow albeit at a somewhat slower rate while Europe and Japan are slowing more dramatically.

In general, rising oil prices and interest rates, geopolitical tensions and concerns over trade tariffs will likely cause growth to slow in many countries, but I do not see the current expansion turning negative in 2019, with global output matching the 2018 figure of around 3.9 percent.

Turning our attention to the U.S. economy, the key question is how long business and consumer confidence will remain strong. We appear to still be in what economists refer to as the Goldilocks Zone, which describes an economy that is neither too hot nor too cold. In fact, its just about right.

The labor market remains strong and we are, at last, seeing signs of real income growth. Employment growth is also solid, with an average of around 200,000 jobs being added every month. However, an increasing number of companies is starting to face labor shortages, which can be seen in Labor Department data that show there to be more than 7 million job openings that remain unfilled today. On the trade front, the new United States-Mexico-Canada Agreement, the successor to the North American Free Trade Agreement, largely keeps provisions governing commerce among the three countries the same. This should come as a relief to businesses in most industries. One notable exception is the auto industry, which must not only contend with continued steel tariffs but also with stepped-up requirements on worker compensation and the use of components from outside the three countries. With auto sales and employment trends already flat to declining, industry executives must respond to a riskier environment. Upward wage pressure will be further exacerbated by a shortage of blue-collar workers whose wages are rising faster than their white-collar counterparts.

While the United States is expected to continue experiencing solid growth in 2019, real GDP will start to slow possibly at a fairly swift rate if tariffs continue unchecked. My current forecast for 2019 is for the unemployment rate to remain around 3.7 percent and GDP to rise by 2.4 percent.

Inasmuch as I believe 2019 will be another expansion year, I am still seeing significant indicators that suggest the country may enter a business-cycle recession in 2020. We are seeing a flattening yield curve which will likely be exacerbated by the Federal Reserves raising short-term rates at least three times this year. Right now, I am predicting the 10-year minus 2-year yield spread will flatten in the early spring of 2019 and invert from there.

Looking back over time, when this curve inverts, the country has between nine and 18 months before a recession kicks in. I should add that since the 1970s, an inverted yield curve has accurately predicted every recession but one, and I see no reason to ignore it this time around. The Washington state economy has been outperforming the rest of the country for the past several years, but all good things must come to an end. That is not to say we will see growth contract. Rather, the rate of growth will likely slow, with employment growth dropping to around 2 percent in 2019 (from 2.6 percent last year).

Locally, as Seattle-area technology companies continue to increase their payrolls, they will add a large number of indirect and induced jobs. I also expect to see significant employment growth in retail trade, professional and business services, and wholesale trade. As a result, I expect Seattle to fare somewhat better than the rest of the state, with a 2.6 percent increase in employment.

The latest data suggest that the Seattle housing market will continue to move toward balance, which is usually defined by having four months of available inventory (as I write this in late October, there are 2.5 months of inventory in the Seattle area). Its clear that many homeowners believe the market has peaked, which has resulted in a significant increase in the number of homes for sale. A continued increase in listings, combined with rising mortgage rates, will cause price growth to slow significantly in the coming year. But this isnt necessarily bad news; rather, we will enter what can be referred to as a more normal market, something we havent seen since the late 1990s.

As for mortgage rates, I do believe they will continue to rise in 2019 but will remain well below their long-term average and are unlikely to cause any significant contraction in home values. Still, I do worry significantly about housing affordability in our region. While I expect the regions economy to continue performing strongly, rising home prices could start to be a hindrance to attracting new businesses.

Addressing housing affordability is critical to our regions ability to continue growing. We need to be very cognizant of the fact that we have a substantial millennial population in Seattle that is growing older and becoming increasingly interested in owning a home. Their major obstacle is the fact that there are so few homes that they can actually afford.

This isnt the forum to go into all the ways we can achieve a more balanced, affordable housing market, but I will say that central to making improvements is for local leaders to address prevailing zoning so we can add much-needed density to our region.

I believe home prices in 2019 will continue to rise but at a much slower pace than in recent years. Home sellers must be realistic about this and prepare for the likelihood that their home will sell for less than they expect. But assuming that they have lived in their home for more than a few years, they will still have significant equity. Matthew Gardner is the chief economist at Windermere Real Estate.