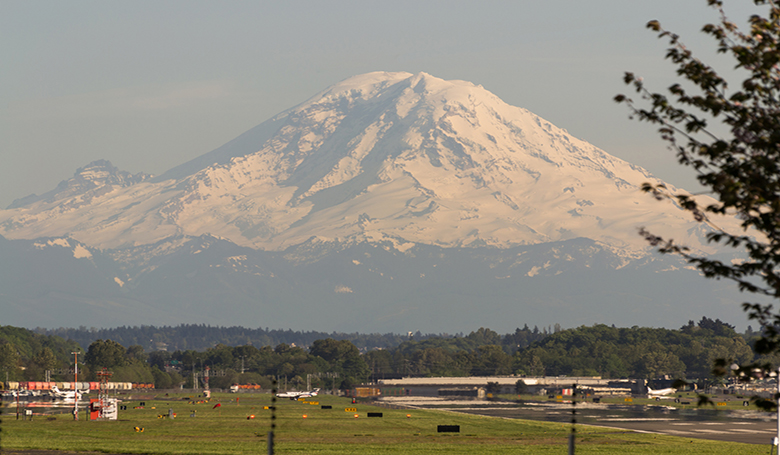 JetSuiteX, an airline offering the convenience of daily flights from smaller airports in California and Nevada, is adding Seattle to its itinerary staring July 1.

The carrier, headquartered in Irvine, Calif., will operated out of King County International Airport-Boeing Field, located just south of downtown Seattle, offering flights between Oakland, California, and Seattle three times a day, other than Saturday, when there will be two flights. JetSuiteX bills itself as a flight service offering nearly private flights form smaller airports, like Boeing Field, allowing air passengers to avoid the delays and congestion of major airports.

The cheapest fares for the JetSuiteX flights between Oakland and Seattle are $99 each way, with taxes and fees included. The flyer perks advertised by JetSuiteX include flight departures from private terminals; 30-seat regional jets, with legroom comparable to business-class service on a domestic airline; free seat assignments with power at every seat; two free checked bags; and free drinks and snacks.

In addition to Seattle and Oakland, other cities served by JetSuiteX daily flights include Concord, Burbank, and Orange county in California as well as Las Vegas.

JetSuiteX also announced it has teamed up with JetBlue Airways to offer a new codeshare agreement, effective May 1, that will make JetSuiteX flights available to passengers booking flights through JetBlue.com. As of now, the codeshare agreement will not include connecting flights with JetBlues network, so customers will have to arrive and depart form JetSuiteXs private terminals for flights booked through the codeshare arrangement.

We are delighted to introduce even more people to the JetSuiteX experience and to provide new options to JetBlue customers in their West Coast travels in an exciting new way through this partnership with JetBlue, says Alex Wilcox, CEO of JetSuiteX. This first-of-its-kind agreement marks an important milestone as we enhance the distribution and availability of JetSuiteX into traditional airline channels.