Past Experience: Making the Cut 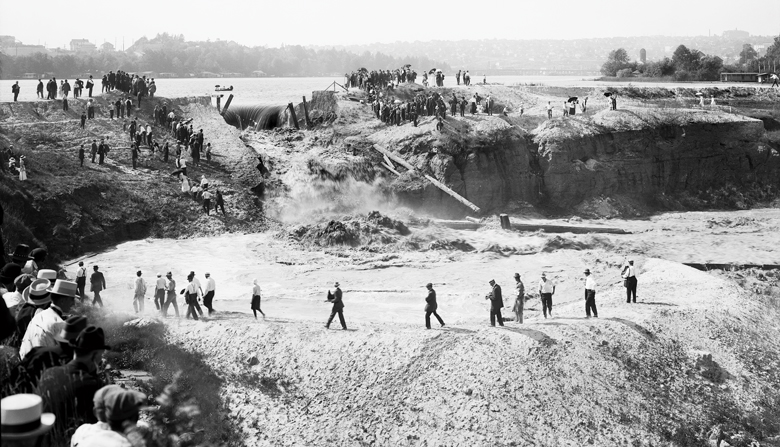 Part of the Lake Washington Ship Canal connecting Puget Sound to Lake Union and Lake Washington, the Montlake Cut became a reality on August 26, 1916, when engineers opened a coffer dam and released water from Lake Union into the cut, above. A similar dam on the Lake Washington side was opened a few days later to link the lakes. Three weeks earlier, on August 3, the Hiram M. Chittenden Locks, then called Government Locks, opened to boat traffic. Though not formally dedicated until July 4, 1917, the locks and the ship canal immediately changed Seattles economic landscape. During the first month, 1,558 vessels used the locks. Most of the traffic involved wood products, but tugs, fishing boats and sand-and-gravel barges were well represented, too. Today, the Ballard Locks remain the busiest in the United States but leisure craft far outnumber commercial vessels and floatplanes, such as the Gorst flying boat heading back to its manufacturer on Lake Union in 1935, below. One of Seattles top tourist attractions, the locks draw more than a million people annually.