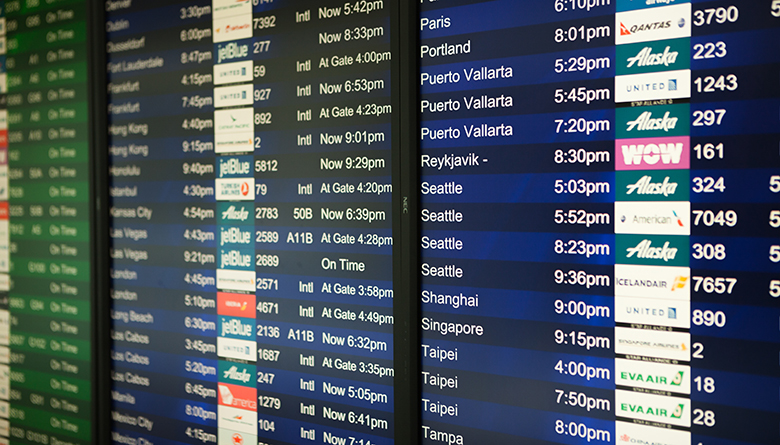 The Boeing 737 Max aircraft crisis touches another aviation company with major operations in Seattle: Alaska Airlines, which has purchase commitments for 32 of the aircraft.

The first delivery of a Max jet to Alaska is scheduled for this summer. The balance of aircraft are slated to be delivered through 2023, according to a company financial filing with the U.S. Securities and Exchange Commission, which describes the aircraft purchase commitments as including non-cancelable contractual commitments for aircrafts and engines.

As of now, if there is an out-clause in those commitments, the airline isnt discussing it, or future plans for the Boeing 737 Max aircraft. The company did not immediately respond to a request for comment.

The Anchorage Daily News reached out to Alaska Airlines for comment about the Boeing 737 Max and received the following response from the airline, according to a report earlier this week in the daily newspaper:

At this time, we do not have any MAX aircraft in our fleet, the company said in a statement emailed in response to questions. Our first MAX delivery is planned for June, and its too early to speculate on future deliveries. We are committed to the ensuring the safety of our guests and employees.

The Boeing Co. is dealing with a mounting crisis in the wake of the March 10 crash of a 737 Max 8 airliner in Ethiopia that claimed the lives of all 157 souls onboard. It was the second crash involving a Max 8 since October of last year, when a Lion Air flight crashed off the coast of Indonesia, killing 189 passengers.

To date, according to national media reports, aviation officials in the 28-nation European Union barred flights of Boeings Max 8, and the newer Max 9 model, as have at least six other nations, including Australia and China, and at least 33 foreign airlines have grounded the Boeing jetliner.

After standing firm earlier this week as foreign airlines and aviation officials around the globe grounded the Boeing 737 Max aircraft in the wake of the crash in Ethiopia, the U.S. Federal Aviation Administration yesterday, March 13, issued an order grounding all Boeing 737 Max 8 and Max 9 aircraft, citing new evidence that there were some similarities between the two fatal Max 8 crashes that together killed 346 people.

FAA documents indicate that the worldwide fleet of Boeings 737 Max airliners in service, including the Max 8 and 9, totals 387 airplanes, with 74 U.S. registered planes. The 737 Max, which is assembled at a Boeing plant in Renton, Washington, is currently in use by 59 airlines across the globe, FAA records show, including U.S.-based carriers American Airlines, Southwest Airlines and United Airlines.