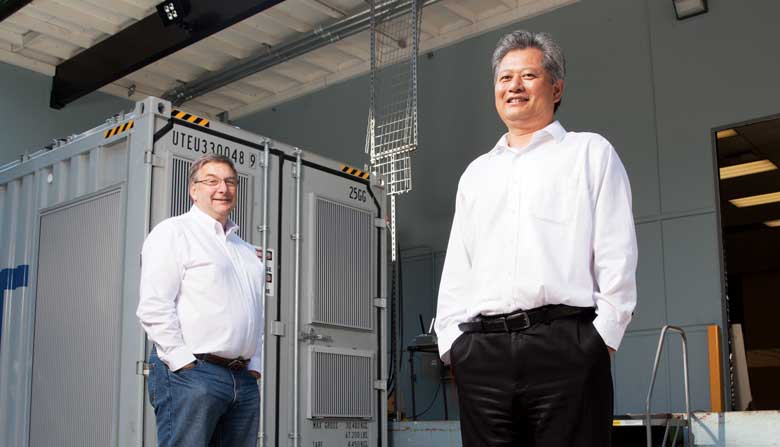 The company has introduced large-scale energy storage into the electric grid. Its a cheaper way of building shock absorbers or buffers into the system, says Russ Weed, VP of business development and marketing. … Right now, the electric grid, even as complicated as it is, doesnt have any buffer. Everything that gets produced has to be used very quickly or it gets wasted.

With UETs storage solutions, renewable energy, such as wind and solar, can be integrated into the grid, and the battery is not degradable, adding to its sustainability. At the end of the 20-year life of the battery, its almost 100 percent recyclable and reusable, Weed reports. Energy storage, he adds, is a big and growing market.

One way to think about it is that it is the third leg of the renewable stool: wind, solar and storage. And with those three, we should be able to get up to [using] 75 percent renewables. UET now has more than 175 megawatt-hours of systems deployed, ordered and/or awarded worldwide, including in the United States, Italy and Germany.

Virginia Emery, Beta Hatchs founder and CEO, has a doctorate in entomology and an obvious passion for bugs. Her company grows mealworms for animal feed and produces insect manure for fertilizer. As a science-driven company, Beta Hatch is constantly innovating its methods and exploring new ways to use its products.

Some of its current projects include transforming spent brewery grain into insect feed for Beta Hatchs urban Seattle farm and exploring the ways that insect exoskeletons could be used for bioplastics, pharmaceuticals and other applications.