The 10 Amazon HQ2 Gimmicks and Pitches Worth Your Attention

Amazon's deadline for HQ2 proposals has come and gone. So which cities are making bids worthy of a closer look? 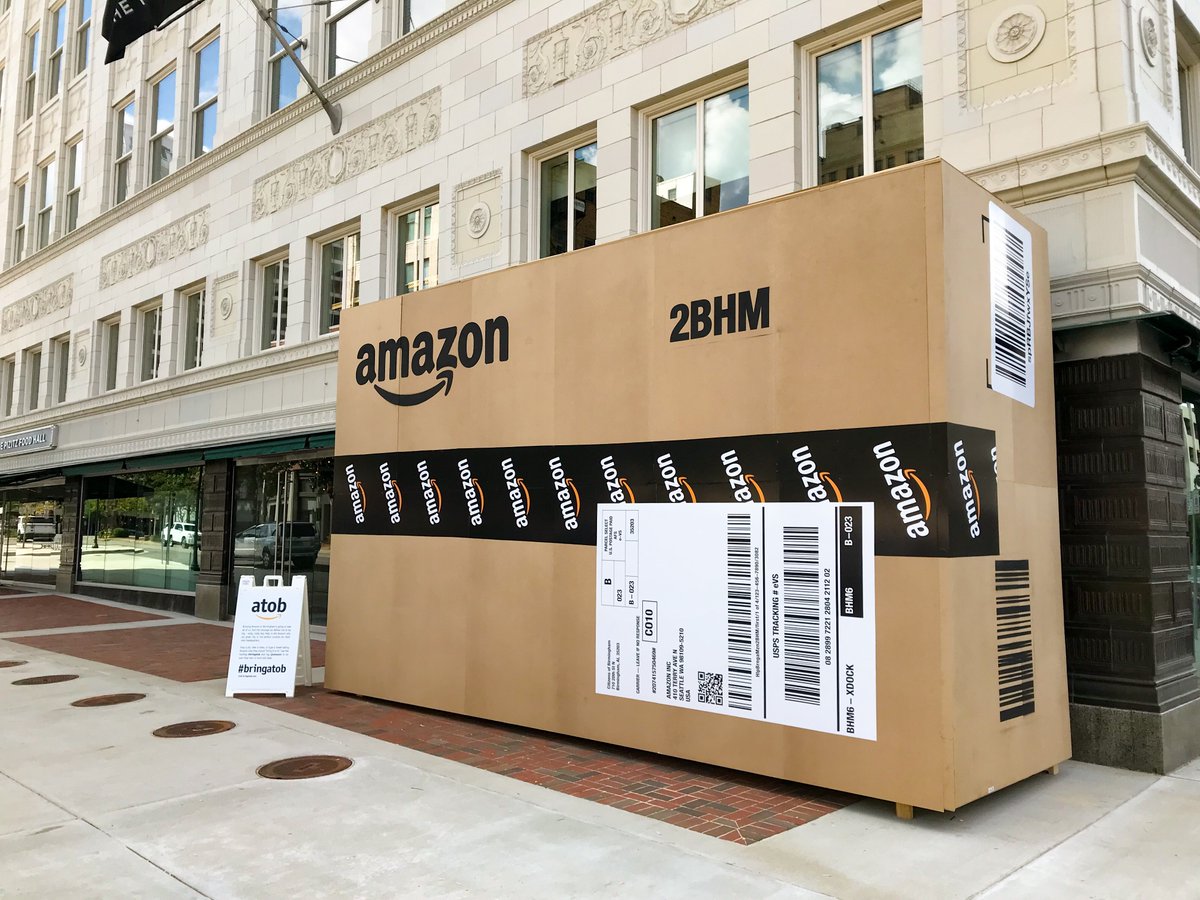 Time is officially up for every North American city that has put together a proposals to bring Amazons coveted, $5 billion, 50,000-employee HQ2.

At this point, its anyones guess where the second headquarters might land. No, really; everyone is guessing. And now Amazon has more than 100 cities to choose from as it sorts through all the bids.

You might be able to count the cities that are not pitching Amazon on one hand. San Antonio dropped out of the running, with San Antonio Mayor Ron Nirenberg and Bexar County Judge Nelson Wolff saying in a letter, Blindly giving away the farm isn’t our style.” Little Rock, Arkansas, preemptively broke up with Amazon, and broadcast it in a social media push and a full-page ad in the Washington Post. The mayor of San Jose, California, wrote an op-ed titled, Why Im Not Bidding for Amazons HQ. Nashville Mayor Megan Berry put her citys hat in the ring, but made it clear that the city had bigger priorities than landing HQ2, saying, It’s much more important for us to pass a $5.2 billion transit initiative than it is to worry about Amazon.”

After that, its hard to find a city that hasnt been falling all over itself to get the golden ticket to Amazons chocolate factory (and yes, in this analogy, Jeff Bezos is Willy Wonka, albeit with an entirely different set of eccentricities).

Decision time for HQ2 wont come until 2018, the company has said, but for now, lets look at the weird, the funny, the outlandishly expensive and the genuinely interesting gimmicks and pitches that cities have offered up in time for the deadline.

The city of Calgary was all over the place on HQ2 deadline day. They had some chalk graffiti around Amazons HQ1 in Seattle, and had a full-page ad in the Seattle Times, and delivered its proposal in person. A lot of this push centered on a marketing campaign saying that the city would fight a bear for Amazon. Logistics of a Canadian municipality fighting a carnivorous mammal aside, it was certainly attention-grabbing.

The Big Apple turned Amazon orange in an apparent effort to put Americas largest city on the map.

Already covered here at Seattle Business magazine, but if youre thinking that the best way to lure the e-commerce giant is with the biggest stack of cash (in the form of tax incentive packages), the state of New Jersey is ready to throw $7 billion at Amazon to bring HQ2 to Newark.

Denver is banking on something different in the first line of its HQ2 pitch: talent. Colorados proposal does not lead with incentives. It leads with talent, Sam Bailey, leader of the Metro Denver Economic Development Corp., told the Denver Post. It also offered options with eight urban and suburban locations for the headquarters. Interestingly, the New York Times The Upshot crunched the numbers on which city makes the most sense for Amazon, and after narrowing down the options, found Denver as the best option due to the citys lifestyle and affordability, coupled with the supply of tech talent from nearby universities along with a number of regional benefits similar to Seattle, plus a lower cost of living.

Amazon is tweeting about Austin today, which is probably a coincidence, but many have IDed the Texas state capital city as a likely HQ2 destination. It even topped Moodys data-driven handicapping as the best metro area for the headquarters. The city, which did indeed submit a bid (with almost no public details), is awash with tech talent, has a business-friendly (read: low-tax) environment, and is home to a major research university. Dont rule out Dallas, either, for many of the same reasons.

The southern city ranked at the top of the list in one HQ2 ranking done by Seattle firm (and 2017 Tech Impact Award-winner) Textio, which ranked cities by how quickly they fill engineering jobs on average, finding Birmingham did so the quickest at an average of 15.5 days. So Birmingham has some data backing its effort, and it also has some goofy civic efforts going on, too. It built giant Amazon boxes and put them around town and made big Amazon buttons that sent tweets promoting the citys efforts.

We’re excited to show @amazon what we’re made of! Help us send a message and share why you think they should #bringatob. pic.twitter.com/INySW5BRiu

THANK YOU, BIRMINGHAM! Our response has been delivered to @amazon, and we couldn’t have done any of it without you. #bringatob pic.twitter.com/n9j59og25l

Not every proposal has to be backed by all sorts of lists and analysis and granular nuance. Some just have to be fun. As we wrote about last week, Mayor Sly James is reviewing 1,000 Amazon products to get on the companys radar. The mayor is continuing to have fun with this.

NEW: Like horses on a backpack, Kansas City is the perfect place for Amazon HQ2. Tell Amazon why you love KC on Twitter with #KC5Stars. pic.twitter.com/B7NAi8w4qi

Also part of the Kansas City and Missouri HQ2 pitch is a Hyperloop transportation system between St. Louis and Kansas City. As Missouri Governor Eric Greitens said in a letter to Amazon, The Hyperloop One would get people from St. Louis to Kansas City in about 25 minutes. Theres more at makemohq2home.com, if youre looking to wrap your mind around the futuristic pitch from the Show Me State.

Pennsylvanias two major metropolitan areas have seen their names pop up in many speculative HQ2 posts. Moodys had both cities ranked in the top five Philly at No. 3 and Pittsburgh at No. 5 and says that both could be even higher in the rankings if it took geographic differentiation into account (i.e., distance from HQ1).

Pittsburghs pitch highlighted forward-thinking leadership, a capacity to grow, and included a video that doesnt shy away from the citys fall from the heights of its past.

Toronto is another city thats shown up on many a prognosticators list (including ours). Toronto Mayor John Tory says the city has the space available for Amazon to grow, and may offer some benefits that no U.S. city can when it comes to immigration policies. If youre itching to dig in on something really comprehensive for one of these pitches, the Canadian citys 190-page proposal done by Toronto Global is available online here.

We get it. Seattle has as much if not more to offer than any city vying for the HQ2 golden ticket. But Amazon wouldnt have announced this search if its end goal were to decide that HQ2 is also HQ1. So it feels a bit like going through the motions when Snohomish & King counties submit a joint proposal with a letter of support from Governor Inslee and U.S. Senators Patty Murray and Maria Cantwell that puts forth five sites for consideration from each county, including a submission from the Tulalip Tribes, as viable and as worthy as they may be. Its a good, competitive proposal that checks a lot of the boxes that Amazon is looking for. Whats less good, however, is when current Mayor Tim Burgess writes a letter that says, With 40,000 Amazon employees in Seattle working in 8.1 million square feet of local office space, we have no intention of swiping left on you. Of all the good and bad and silly and totally over-the-top ways that municipalities have employed to attract the attention of the mega-corporation, the day-after-deadline story about Seattles HQ2 effort wound up being a clumsy Tinder joke. Oof.