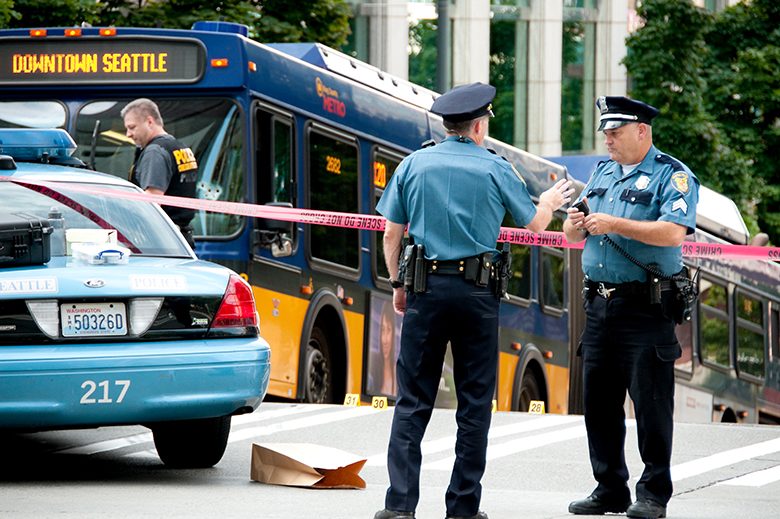 A recent ranking of the safest cities in the United States places Seattle at No.150 of the 182 cities examined.

Low scores in two of the three major variables used to assess cities ― one of which is home and community safety ― led to Seattle’s poor showing in the study, which was prepared by personal-finance platform WalletHub.

“Some cities are simply better at protecting their residents from harm,” the WalletHub study states. “To determine where Americans can feel most secure — in more than one sense — WalletHub compared more than 180 cities. … Our data set ranges from assaults per capita to unemployment rate to road quality.”

The study assessed 41 key metrics across three major categories: 1) home and community safety, such as crime rates and traffic fatalities; 2) natural-disaster risk, including wildfire and earthquake risk; and 3) financial safety, such as employment, median credit score and the poverty rate. Seattle ranked 150th in the category of home and community safety; 141st in the natural-disaster risk category; and sixth in the category of financial safety ― for an overall ranking of 150th.

The public-safety environment in Seattle, in particular, has been the focus of attention by the city’s business community over the past year. A coalition of half a dozen neighborhood alliances and business groups released a report in October examining the issues contributing to what they describe in their assessment as “the ineffectiveness and inefficiency of Seattle’s misdemeanor criminal-justice system.”

The new report, called “System Failure, Part 2,” is an update to an earlier report released this past February, that contends the city ― and its central business district in particular ― are plagued by “repeat criminal activity.” Prosecution declines, delays and case dismissals are at the root of the city’s unaddressed street-crime woes, the report contends.

Ranking as the safest city in the country, according to the WalletHub study, is Columbia Maryland. Portland, Oregon, came in at No. 123; San Francisco at No. 145; and St. Louis ranked dead last at No. 182. Ranking just ahead of Seattle, at No. 149, is Oakland, California; and trailing Seattle at No. 151 is Akron, Ohio.