Who needs college? Not everyone, certainly. If employers and educators would realize that good careers can be forged without a bachelors degree, the most difficult people to employ might find paths to self-sufficiency. 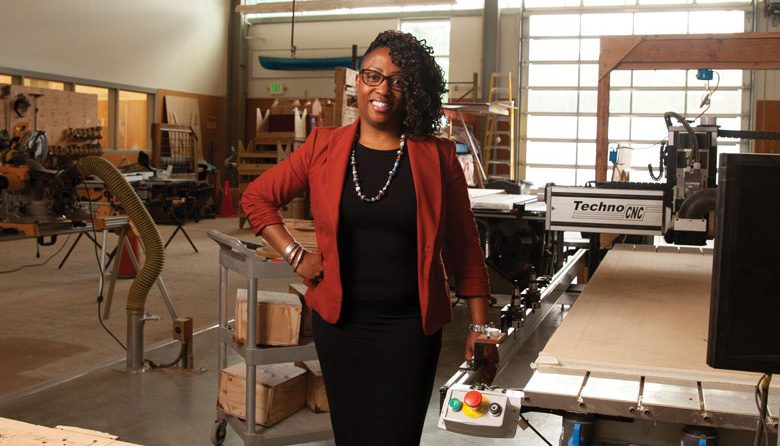 Who needs college? Not everyone, certainly. If employers and educators would realize that good careers can be forged without a bachelor’s degree, the most difficult people to employ might find paths to self-sufficiency.

With the economy running hot, for the first time since record keeping about this sort of thing began in 2000, there are more job openings nationally than people who are unemployed. In the Seattle metropolitan area, where the job market is especially tight, unemployment rates have plummeted to just over 3 percent.

These numbers pose a problem for employers trying to find skilled people. And with baby boomers retiring in big numbers and more restrictive immigration policies becoming reality, tight labor conditions could continue for some time.

The upside? It’s a rare opportunity to get more than 50,000 hard-to-employ people in the Puget Sound region into jobs. In some cases, this “opportunity” means teaching new skills. In others, it’s helping with transportation and teaching the importance of getting to work on time. Either way, for hiring managers desperate to find skilled and unskilled labor, the solution may lie in finding unconventional candidates.

The region has tackled the problem with some creative approaches. When successful, they help people find living-wage jobs, expand the labor pool and hold down the cost of supporting the unemployed.

If you can’t find what you’re looking for, you have two choices: Look somewhere new or look for something different. Toward that end, the head of the Center for Advanced Manufacturing Puget Sound, or CAMPS, says people on both sides of the hiring desk need to revise their expectations. “Our biggest problem,” asserts CAMPS Executive Director Tom McLaughlin, “is the attitude in education that every kid has to go get a four-year degree. That’s a mindset that has to change.”

Fewer than half of the students who enroll in college after graduating from high school will earn a bachelor’s degree. Many who won’t graduate accumulate debt far faster than they acquire marketable skills. McLaughlin points to the new Tahoma High School in Maple Valley as one example of changing the conversation. The Tahoma School District, a member of CAMPS since 2012, worked with local businesses to design both the school building and its Career and Technical Education (CTE) program. When the high school opened last year, the CTE wing presented a significant upgrade, helping students train in auto maintenance, graphic illustration, robotics, sports medicine and dozens of other disciplines.

“It’s part of our Future Ready initiative,” says district spokesman Kevin Patterson. “We’re not just centered on college prep. … Not every kid needs to get that college degree or wants to get it or is able to get it.”

The school works with an advisory board of local businesspeople to help ensure the skills being taught in the CTE program are the skills employers need. The auto shop, for example, is designed to look and function like the service center in a new car dealership.

“A kid coming out of that automotive program,” McLaughlin says, “is ready to become an automotive technician.”

“These are pathways and pipelines to get our students who graduate from high school into training programs that will then get them family-wage careers,” she says.

Buy-in from high schools, students and parents remains critical because programs like PACT, which largely serve low-income people, people of color and formerly incarcerated students, simply aren’t big enough to make a serious dent in the worker shortage by themselves.

And just as high school students often don’t realize they can forge well-paying careers without college degrees, too many jobs require applicants to have college degrees they won’t really use.

“Every single job description puts a four-year degree requirement in there,” says Jennifer Carlson, executive director of Apprenti, a program launched by the Washington Technology Industry Association. “But for so many positions, they really need to look at competency instead of pedigree.”

Apprenti works to bring the notion of proven competency via registered apprenticeship to the region’s tech industry.

Nationwide, 2.8 million vacant tech jobs now exist, Carlson says. “That’s a staggering number,” she notes, especially given that universities confer only 60,000 computer science degrees each year. Add to that the 15 percent of the tech workforce eligible for retirement in the next decade, and the magnitude of the problem becomes apparent.

“At the end of the day,” Carlson says, “something has to give. You can’t solve this problem with H-1B [foreign worker] visas. We would have to get 10 times as many as we have now — and that’s not going to happen in any administration.”

Carlson says registered apprenticeships provide a tried-and-true way to add to the workforce, and not just in construction trades. “It exists in other industries,” she says. “We just don’t call it an apprenticeship. … There are clerks in law, for example. [But] it doesn’t exist in the [tech] industry. We’ve built some artificial barriers and have been our own worst enemy by saying every job has to have a degree. Because why? Just because.”

The expectation that everyone should possess a degree — not just from any college but from a Top 50 school — also contributes to tech’s diversity problem.

“We’ve created our own pain point,” Carlson adds. “Women, people of color, veterans using the GI Bill tend to have to work while going to school and they take longer than four years. … As a result, they go to second- and third-tier schools.” This doesn’t mean they aren’t top-tier applicants, Carlson says, but they rarely get a foot past the HR screener.

While an apprenticeship model for tech might seem new, it has a venerated history in manufacturing, construction and the trades. But the voracious hiring appetite can’t be sated by traditional candidates serving apprenticeships.

“There are approximately 290,000 skilled manufacturing jobs in this state and 72,500 of them are filled by baby boomers,” McLaughlin says. “These people are trying to exit to retirement between now and 2023.”

To help fill the vacancies, CAMPS has worked with local military bases since 2012 to connect service members with civilian manufacturing jobs.

“A lot of them went into the military when they were 18 and they’ve never had a civilian job,” McLaughlin explains. Over two days, CAMPS gives participants the Wiesen Test of Mechanical Aptitude, explains basic civilian job-hunting skills and expectations, helps them understand how their military experience translates to civilian work and introduces them to local manufacturing companies that are hiring.

The result? “We have more than 500 confirmed placements in over 40 companies,” McLaughlin says.

Among the best-paid occupations in recent years has been construction, yet large populations have been excluded from those jobs. Several programs are focused on getting people of color, economically disadvantaged and formerly incarcerated individuals into construction apprenticeships.

PACT offers 11-week apprenticeships that qualify participants to work in construction. So does PACE, the Pre-Apprenticeship Construction Education program of the Washington State Building and Construction Trades Council. Both organizations are among those recently awarded grant money from the city of Seattle, King County and the Port of Seattle to make sure public construction projects can help lift residents out of poverty. In addition to training, both programs offer help with everything from car repairs, obtaining Orca cards and getting suspended driver’s licenses reinstated. “When it comes to construction,” Richardson-Daniels explains, “[workers] have to go all over the state, not just in the heart of the city.”

PACE has a local driving school on contract to help participants with transportation. “When we get young people in — 19- to 24-year-olds — they don’t have licenses because high schools aren’t teaching driving,” says Diane Davis, program manager for PACE. “A driver’s license is an issue for very low-income people in general.”

But what happens to all these new members of the construction workforce when the growth inevitably slows again?
“Financial literacy is huge,” says Richardson-Daniels. PACT emphasizes to its students that there will be downtime. “You should really be saving your money because there are times you’re not going to be making $40 to $50 an hour.”

PACT also works with Workpointe, a mover and installer that builds interiors for some of Seattle’s biggest companies, so that even in winter months, people realize they can find work. “We encourage them to think about their future. You don’t have to be a construction worker forever. Be an entrepreneur,” Richardson-Daniels says. “Own your own company. It’s a real shift in mindset.”

At PACE, Davies tells students commercial construction never completely goes away. But the jobs do get scarcer. “We tell our students, ‘You’ve got an opportunity now. You’ve got to make that great name for yourself. Make yourself one of the folks that keeps working, that is in demand and your contractor doesn’t want to lay you off,’” she says. “‘Take advantage of a moment like this, get your training and build your reputation.’”

Taken together, these regional efforts to help people make themselves more hirable will serve many hundreds, leaving many thousands who could still use the assistance. So, people who work with apprenticeship programs hope to get the word out to younger people that college isn’t the only path to a solid future.