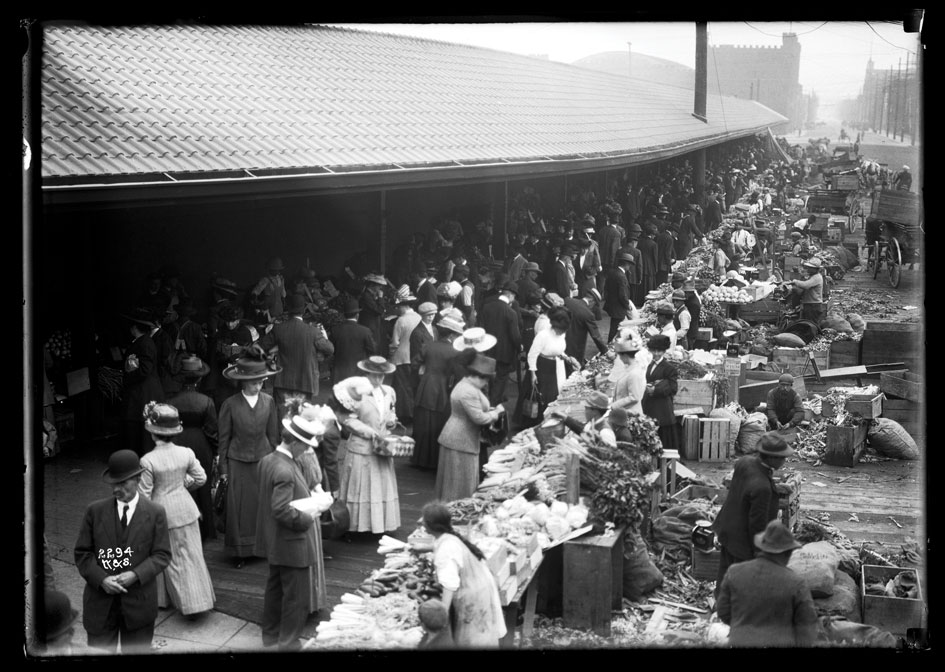 At the turn of the 20th century, farmers brought their produce, dairy and meats to Seattle on horse-drawn wagons and sold the goods to wholesalers. By 1907, however, the price of produce skyrocketed, enriching middlemen, angering citizens and squeezing farmers margins. That led the city to create a public marketplace where farmers could sell their goods directly to consumers. On Aug. 17, 1907, the farmers market that today is Pike Place Market was born.

The market began as a jumble of farm carts, but by 1911 a new covered arcade was added to the market. Pike Place Market was hit hard during World War II, however, with the internment of thousands of Japanese-Americans, resulting in an exodus of farmers from the market.

By the 1960s, the ensemble of tired structures that made up the market were slated for demolition, until architect Victor Steinbrueck spearheaded a campaign that led to voter approval in 1971 of historic-district protection for the market. Today, the Pike Place Market historic district covers 9 acres downtown, is home to some 500 merchants and each year draws more than 15 million visitors who help to fuel the citys broader economy.