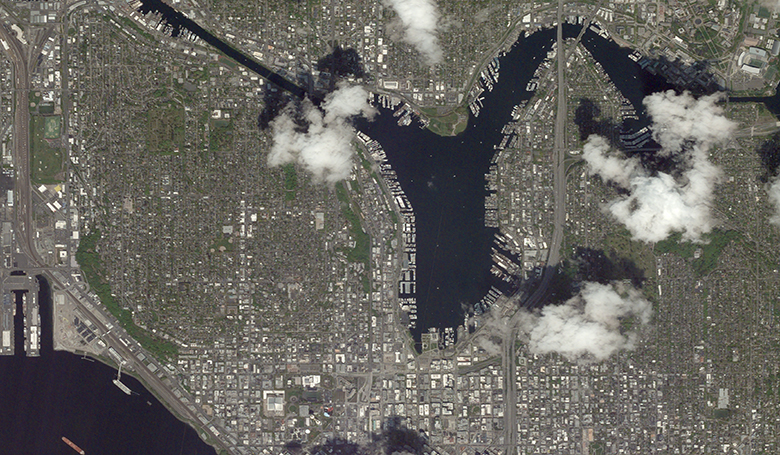 The National Reconnaissance Office (NRO), part of the U.S. intelligence community, has awarded Seattle space business BlackSky, along with two other companies, a “study contract” that could lead to some signficant government-contract work starting as early as next year.

For close to a decade, Maxar (DigitalGlobe) has supported our national security mission, says Troy Meink, director of the Geospatial Intelligence Directorate. And now, we are pleased to expand our commercial partnerships with the addition of BlackSky and Planet, both of which offer exciting new capabilities.

Blacksky, a subsidiary of Seattle-based Spaceflight Industries, plans to build and launch a 60-satellite Earth-observation network. The BlackSky satellite constellation will fly over most of Earths major cities and economic zones dozens of times daily. That near real-time imaging data from BlackSkys satellite constellation is combined with live news and social media feeds and sold as a service to organizations seeking to make informed decisions about global operations and assets.

By year-end, BlackSky, which currently has two Earth-imaging satellites in orbit, plans to have in orbit eight of the 60 satellites in its planned constellation making it possible to provide hourly monitoring services over many sites of interest across the globe.

The NRO will use these study contracts to assess the performance capabilities of these domestic commercial satellite-imagery providers and validate their ability to satisfy U.S. government requirements into the 2023 timeframe, the NRO said in a statement. The results will help inform the next generation of NROs commercial imagery procurements, expected to commence in late 2020.

Brian OToole, CEO of BlackSky, says being selected for the study contract validates how BlackSky has quickly become a trusted partner of providing mission-critical global intelligence. The company declined to disclose the value of the NRO study contract.

Were combining high-revisit satellite imaging with a unique analytic solution for site monitoring, all at a price point not seen before with traditional providers, OToole adds.