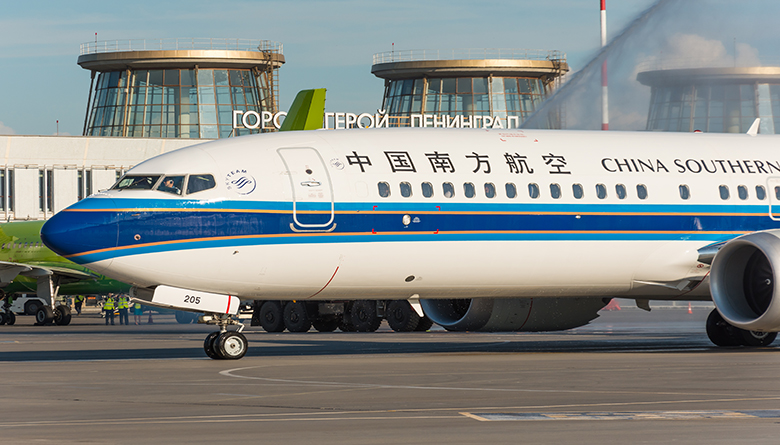 The Boeing Co. is dealing with a mounting crisis in the wake of the March 10 crash of a 737 Max 8 airliner in Ethiopia that claimed the lives of all 157 souls onboard, which was the second crash involving a Max 8 since October of last year, when a Lion Air flight crashed off the coast of Indonesia, killing 189 passengers.

To date, according to national media reports, aviation officials in the 28-nation European Union barred flights of Boeings Max 8, and the newer Max 9 model, as have at least six other nations, including Australia and China, and at least 33 foreign airlines have grounded the Boeing jetliner. The U.S. Federal Aviation Administration, however, has held the line and is allowing Boeings 737 Max jets, which are assembled at a Boeing plant in Renton, Washington, to continue to fly U.S. skies. And Boeing also is standing behind its 737 Max fleet.

The FAA has issued a Continued Airworthiness Notification for the Boeing 737-8 and 737-9 Max fleet that states the following:

The FAA has dispatched personnel to support the investigative authorities in determining the circumstances of this event [the 737 Max 8 crash in Ethiopia]. All data will be closely examined during this investigation, and the FAA will take appropriate action if the data indicates the need to do so.

External reports are drawing similarities between this accident and the Lion Air Flight 610 accident on October 29, 2018. However, this investigation has just begun and to date we have not been provided data to draw any conclusions or take any actions.

Safety is Boeings number one priority and we have full confidence in the safety of the 737 MAX. We understand that regulatory agencies and customers have made decisions that they believe are most appropriate for their home markets.

Well continue to engage with them to ensure they have the information needed to have confidence in operating their fleets. The United States Federal Aviation Administration is not mandating any further action at this time, and based on the information currently available, we do not have any basis to issue new guidance to operators.

Still, the ground is not firm under either the FAA or Boeing at this point, as there is growing pressure from a bipartisan group of U.S. elected officials, including Sen. Dianne Feinstein, D-Calif, and Sen. Mitt Romney, R-Utah, to ground the Max 8., according to media reports.

Until the cause of the crash is known and its clear that similar risks arent present in the domestic fleet, I believe all Boeing 737 Max 8 series aircraft operating in the United States should be temporarily grounded, states Feinstein in a letter directed to Acting FAA Administrator Daniel K. Elwell.

The FAA has not grounded an airline fleet since 2013, according to a New York Times report. At that time, it was Boeing in the crosshairs as well, because of a problem with the battery system of its 787 aircraft.

FAA documents indicate that the worldwide fleet of Boeings 737 Max airliners, including the Max 8 and 9, totals 387 airplanes, with 74 U.S. registered planes. The 737 is used by 59 airlines across the globe, including American Airlines, Southwest Airlines and United Airlines in the U.S.