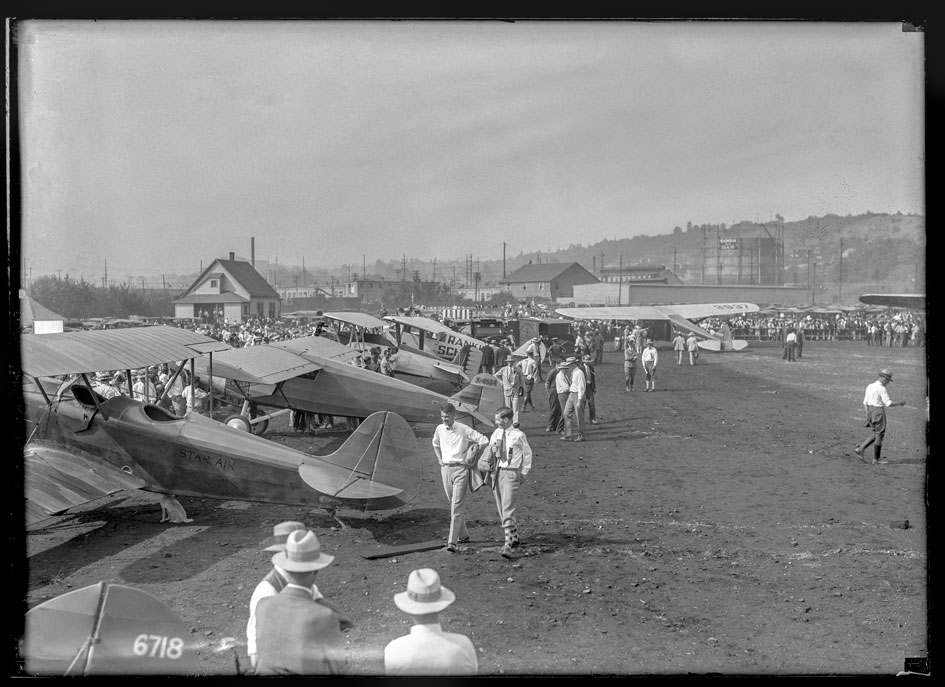 King County voters in the 1920s approved a bond issue to buy land for an airport serving the Seattle region. In July 1928, Boeing Field was ready for takeoff as the regions major airport. By 1938, it hosted several commercial airlines and airborne freight carriers. After Pearl Harbor was attacked on Dec. 7, 1941, Boeing Field was commandeered by the federal government and soon became a major production center for B-17 and B29 bombers during World War II. Today, Boeing Field, known officially as King County International Airport, plays second fiddle to Seattle-Tacoma International Airport in terms of activity, but it still ranks as one of the busiest non-hub airports in the nation with an average of 200,000 takeoffs and landings annually.