12 Seattle Business Leaders to Watch in 21 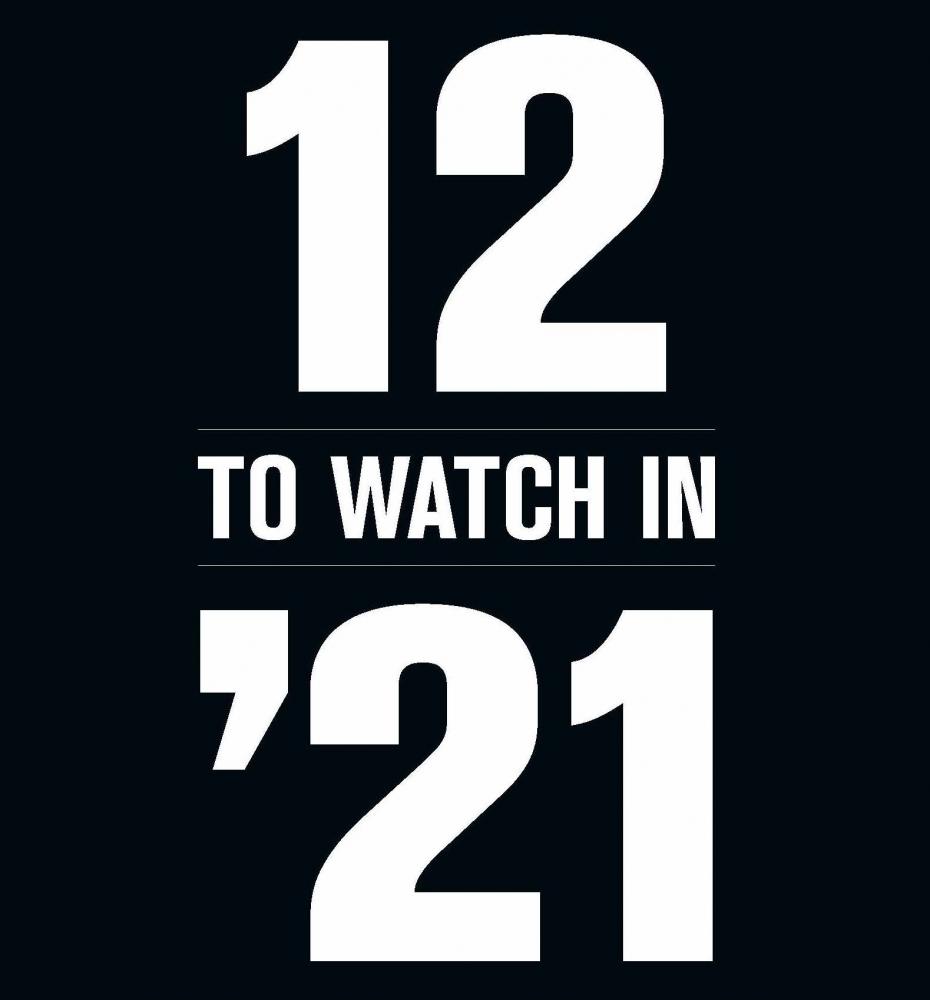 Until recently, Seattle boasted the fastest-growing economy in the United States, according to economic development agency Greater Seattle Partners.

Today, obviously, that picture looks very different, as economic turbulence caused by the pandemic has created untold challenges. Nobody knows what next year will bring after a tumultuous and unprecedented 2020, but keep an eye on these 12 business leaders moving the economy forward and laying the groundwork for recovery after the pandemic passes.

Molly Moon Neitzel
By her own admission, Molly Moon Neitzel is as much social activist as entrepreneur. Moon Neitzel, founder of Molly Moons Homemade Ice Cream, made headlines this past year by banning anyone carrying a gun including police officers from the companys Capitol Hill store, and teamed up with the Pacific Northwest Chapter of the NAACP to hold a voter registration drive. Last summer, her company opened its ninth location across the Puget Sound region in Bellevue. The 2,600-square-foot shop is the companys largest and most ambitious: The freezer is the size of a studio apartment, a grand kitchen can be seen from the sidewalk and an automated pint-packing machine enables the company to quadruple its pints-to-grocery program, a key element of its ability to remain solvent during the pandemic as foot traffic declines.

Tod Leiweke
Its challenging enough to launch an expansion franchise in the best of times. Tod Leiweke must do it during a pandemic. Leiweke, the president and CEO of NHL Seattle, has maintained a keen focus during a frenzied time of building both an organization and its facilities. The club announced in July that it would be called the Seattle Kraken and unveiled a new logo and colors. It has hired several key executives, announced new sponsors and secured sponsorship rights for the name of its new arena. At the same time, construction continues at the venue (now known as Climate Pledge Arena) and the teams headquarters and hockey complex at Northgate Mall. The Kraken begins play in the NHLs 2021-2022 season.

Craig Jelinek
Costco Wholesale Corp. Chief Executive Officer Craig Jelinek doesnt even participate on the retailers earnings calls, but hes the driving force behind the Issaquah-based companys impressive performance during the pandemic. In May, Costco was among the first national retailers to require masks in all its stores and give front-line workers priority access. It stopped and then revived its popular store sampling, started delivering prescriptions through Instacart and changed its policies to require membership to order its popular pizzas and $1.50 hot dogs at its food courts. Along the way, sales skyrocketed as shoppers stocked up on items, and despite having no curbside pickup options goods are delivered via Instacart e-commerce sales boomed 90% in its fourth quarter. Jelinek, who started working at Costco in 1984 and became CEO eight years ago, also engineered a $1 billion acquisition that brings last-mile delivery in-house.

Brad Smith
Simply put, Brad Smith makes things happen. The president and chief legal officer of Microsoft Corp. is the face of the companys numerous corporate citizenship efforts. He leads work on initiatives involving cybersecurity, internet inequality, artificial intelligence, human rights, immigration, philanthropy and sustainability. He was a key player in the companys decision to commit $250 million (on top of the $500 million it had already spent) to combat the regions afford-able housing crisis, and has been front and center on Microsofts Open Data campaign, which emphasizes the need to share data for the common good.

Jeremy Wacksman
As president of the Zillow brand, Jeremy Wacksman is at the forefront of the Seattle companys most audacious idea: Zillow Offers, which allows customers to go online to request cash offers for their homes from Zillow. The rapidly expanding service launched as a small pilot project in Phoenix in 2018 and is now available in 25 markets across the country. Wacksman oversees the strategy, product, engineering and customer engagement for Zillow Offers, leading the online real estate companys ambitious expansion from a search-and-find information marketplace to one that helps people buy, sell, rent and finance homes. Zillow also recently started its own mortgage business. Zillow stock skyrocketed a staggering 237% in the 12-month span between July 2019 and July 2020, in no small part because of its home-flipping business.

Eric Artz
Eric Artz has had quite a run since being named chief executive of popular outdoor apparel retailer REI Co-op less than two years ago. Now hes leaning into remote working as a corporate strategy to manage the pandemic. In a move that made national news, the Seattle company in September sold its newly completed corporate campus in Bellevues burgeoning Spring District for $390 million to Facebook. Rather than a single location, REIs headquarters now span multiple locations across the Puget Sound region as vast numbers of employees work virtually. Lots of companies, including Google and Amazon, have encouraged remote work, but few have gone as far as REI. The dramatic events of 2020 have challenged us to reexamine and rethink every aspect of our business and many of the assumptions of the past. That includes where and how we work, Artz told employees in a video call. As a result, our new experience of headquarters will be very different than the one we imagined more than four years ago. REI, which laid off hundreds of employees earlier this year, has 19 million members, more than 13,000 employees and 167 locations in 39 states and the District of Columbia.

Brian McGowan
Like all of us, Brian McGowan spends his days planning for a return to normality, and then some. McGowan, chief executive officer of economic development agency Greater Seattle Partners, is leading the development and execution of the regions economic recovery plan as the pandemic continues. McGowan is both optimistic and realistic. Hes been outspoken that the pandemic provides an opportunity to create a more inclusive economy. We need to make sure were not just trying to get back what we lost, he says. The bot-tom line is, the economy we had before wasnt working for everyone. We need to do better. To do that, McGowan is planning on a future involving high rates of telecommuting and is working with employers to develop workforce training programs that will lead to middle-income jobs of the future.

Jordan Selig
The daughter of billionaire Seattle de-veloper Martin Selig, environmentalist Jordan Selig is a key player in the devel-opment of 400 Westlake, which just re-started construction after pausing because of the pandemic. When finished in the spring of 2022, the 15-story office build-ing will become the largest green building of its size in the world. Jordan Selig, who serves as executive vice president at Mar-tin Selig Real Estate, has championed the project from the beginning. We are set-ting out to do whats right for the planet, Jordan Selig says. We are actively taking steps toward creating spaces that improve the productivity and health of our ten-ants. Were doing something nobody else has done yet.

Chris Gregoire
As one of Fortunes 25 Greatest Leaders: Heroes of the Pandemic, former Washington Gov. Chris Gregoire has checked another box during a long career of achievement. Fortune recognized Gregoire, who now runs Challenge Seattle an alliance of CEOs from 20 of the regions largest employers for her efforts to bring business officials and elected leaders together to respond to the pandemic in a coordinated way. Gregoire brought hard-hit Seattles business community together early in the citys outbreak, Fortune writes. She insisted on a science-based response, and the group, which includes some of the worlds most competitive corporate rivals, followed her lead acting early, aggressively and in unison to help slow the viruss spread.

Leen Kawas
For the better part of a decade, Leen Kawas has poured her energy into Athira Pharma. Now shes the president and chief executive officer of what could become the regions Next Big Thing. Her Seattle-based bio-pharmaceutical company recently raised a staggering $204 million during its initial public offering, selling 12 million shares at $17 apiece. The late-stage company, which was formerly known as M3 Biotechnology, is developing drugs that could halt or reverse brain disorders including Alzheimers disease, Parkinsons and ALS. Earlier this year the company, which was founded in 2011, closed an $85 million Series B financing round. Kawas, who earned a Ph.D. in molecular pharmacy from Washington State University, has racked up numerous individual awards over the years, including being named to the French-American Foundations 2019 class of Young Leaders and being honored as Geekwires 2019 Pacific Northwest tech Startup CEO of the Year.

Craig Dawson
Craig Dawson runs a complicated business youve probably never heard of. Dawson is president and chief executive officer of Seattles Retail Lockbox Inc., which provides bill payment and imaging services to more than 200 customers in both the public and private sectors. Hes also an under-the-radar community advocate. Hes chairman of the board of directors of the Federal Reserve Bank of San Francisco, president-elect of business advocacy group The Washington Roundtable (where he is instrumental in developing diversity, equity and inclusion initiatives) and, this summer, was one of the architects of The Black Future Co-Op Fund, which is working to combat systemic racism and provide opportunities and economic security to the states Black community.