Sequoyah Electric is charged up about creating a strong workplace culture

The Redmond-based company emphasizes culture even at its parties 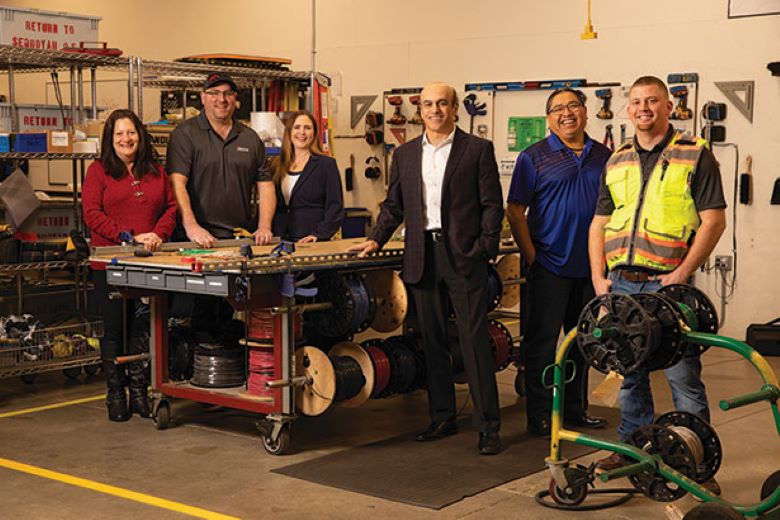 Sequoyah Electric LLC has been known to turn down talented job seekers if its executives dont think theyre a good cultural fit. The Redmond-based electrical installation company also will part ways with employees if they cannot live with its core values.

That, fortunately, doesnt happen often at the 42-year-old company because of a strong commitment to a robust onboarding program and an intentional commitment to workplace culture. Turnover has historically been low, and some employees even spend their entire careers there.

Sequoyah Electric is a union contractor that employs about 335 workers in the field and another 100 in the office.

Mahmood Ghassemi, who has served as chief executive officer for more than 18 years, gives all new employees a 75-minute presentation on Sequoyahs core ideology, which emphasizes teamwork, collaboration, transparency and the importance of building strong relationships with colleagues.

You have to preach it every day, every month, every meeting you have, even at our holiday parties, Ghassemi says. It takes energy and time. Its not something you can do overnight. It starts with the CEO and the team has to believe it and live by it. Vision without passion is just another good idea.

Sequoyah has appeared on Seattle Business magazines list of 100 Best Companies to Work For the past seven years. As one employee wrote on the anonymous form nominating the company last year: Sequoyah Electric represents its values in ways that other companies do not. The people, the work and the culture embody these values to best promote the employees and the community. Everyone is friendly, open to working together and genuinely enjoys being challenged.

Chief Financial Officer Cheryl Nagel says the company has been very intentional about hiring for its core values, especially the past half-dozen years. Ghassemi describes Sequoyah as value-based rather than volume-based, which takes discipline and focus as the Puget Sound regional economy continues its upward trajectory.

Projects have increased 5% to 10% during the past few years, and Ghassemi says Sequoyah wont take on projects it cannot support at a high level.

In this market it is difficult, he adds, because people are desperate and sometimes making crazy offers, but its hard to encourage a team to be successful when the players arent strong.