Tired of robocalls? Hiya has the answer 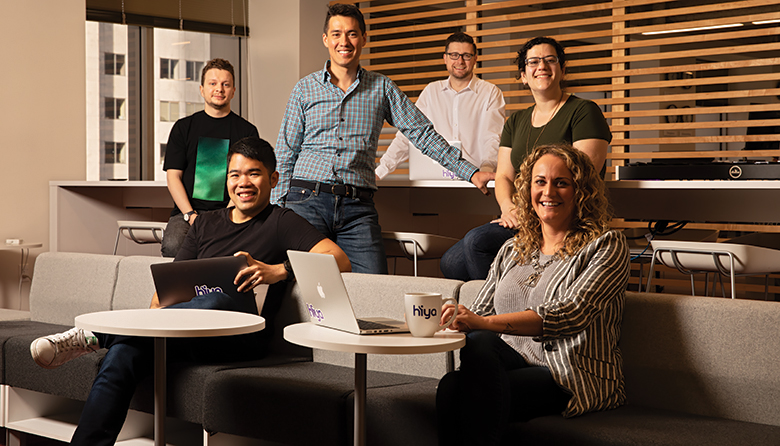 Washington residents received a staggering 58.8 million robocalls in April, or an average of 9.2 per person, according to the YouMail: Robocall Index.

Those calls run the gamut, ranging from pharmacy scams to collection agencies to a guy named Josh.

Seattle-based Hiya Inc. is out to do something about it. The companys entire business model is built around protecting users of its mobile services from spam and robocalls.

It is cool to work at a place where you feel like you are doing something useful and good, wrote one employee on Seattle Business magazines Best Companies nomination form. We are helping detect and block nuisance and scam calls for millions of people worldwide.

The company was founded in 2016 and has offices in Seattle, London and Budapest. The leadership team prioritizes keeping all 80 employees up to date and aware of companywide goals, Liz Powell, vice president of brand and communications, says. Hiya employs 40 in Seattle.

Through weekly staff lunches, annual company gatherings that kick off each year and biweekly all-staff meetings, management closes the gap between the companys three far-flung offices. If people feel the need to get a little closer to their teams abroad, thats an option, too.

One perk we have is that employees are able to temporarily move to another city for a new life experience if it makes sense, Powell says.

Powell attributes the companys high morale to the fact that employees can see the tangible difference their work makes.

That work shows no signs of slowing: Americans receive more than 163.5 million robocalls every day for an average of 15 per person, according to the index. In May, the Telephone Robocall Abuse Criminal Enforcement and Deterrence Act was introduced in Congress to rein in those annoying calls.