‘Everyone is Connected’ at Impel Neuropharma 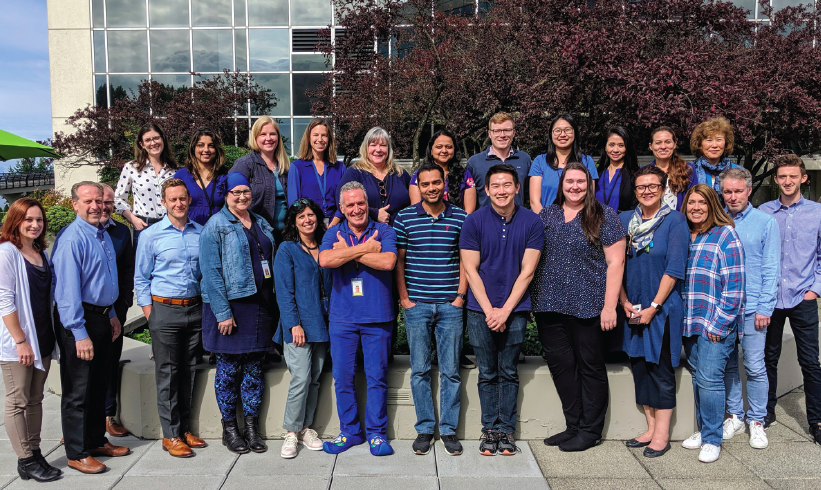 This story is featured in the September/October issue of Seattle Business magazine. Subscribe here to access the print edition.

Adrian Adams has been busy since becoming CEO of Impel Neuropharma in January 2020.

He steered the Seattle-based biopharmaceutical company as it raised $80 million and became the states first IPO of 2021 in April. He expanded the management team with key, experienced hires as the business advances toward commercialization of its products, which treat central nervous system disorders such as migraines and Parkinsons disease.

Amid all that change and growth, Adams has managed to maintain a positive company culture that landed Impel on Seattle Business magazines 100 Best Companies To Work For list.

Adams grew up poor as one of seven children in Manchester in northwest England. He came to the U.S. permanently when he was recruited to become CEO of New Jersey-based Kos Pharmaceuticals almost 20 years ago. Impel is the sixth public company he has headed up.

Adams says he considers the Impel team an extended family, a belief that grew during the pandemic. Adams recognizes both individual and team contributions more than titles and emphasizes connectivity among employees. No one job is more important than another, regardless of title.

Everyones level and purpose is important, says Adams, who hopes Impel can hold in-person, all-staff meetings again soon. In a small company, everyone is connected. Theres no place to hide.

Like many companies, Impel regularly recognizes promotions and good work. In keeping with Adams extended family philosophy, theres a culture club that encourages employees to discuss not just their work but their families and personal lives. The club meets at least bi-weekly and sometimes more.

To Adams, culture is less about gifts or meals, though Impel holds happy hours and gather-ings outside of work, and during the pandemic had virtual events like employee cook-offs. Its more like a living, breathing entity that is only as good as company-wide transparency and communication.

The culture club by definition allows us to keep a finger on that human resource pulse to make sure we’re not missing a beat in relationship communication, he says. So, they’ll come up with aspects where we need to generate a certain kind of communication, a staff call or whatever, just to get to the bottom of what’s going on.

Much of the communication is based around Impels products. For instance, employees sometimes don dark glasses to better understand the challenges created by migraine headaches (light affects many migraine sufferers). Little things like that help people understand our purpose and why were here, he says.

The approach resonates with employees. The leadership team ensures that information is shared with the entire company, wrote one employee anonymously on the Best Companies survey form. I know that any requests I have for things that will make me more productive will be taken seriously.