The 2017 Washington Manufacturing Awards: Food Processor of the Year 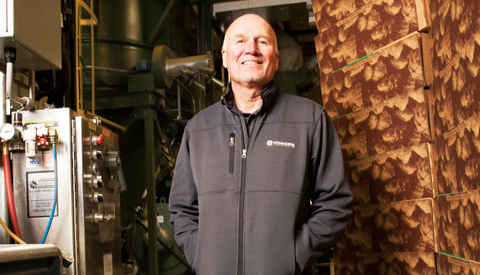 Hops are a crucial flavoring ingredient in beer brewing, and Yakima Valley happens to be the worlds center of hops production. Yakima Chief Hopunion, a grower-owned cooperative created by a 2014 merger, has been busy leveraging the worlds love affair with craft beer by developing new ways of producing hop extracts and new flavor styles. The 180-employee co-op has invested in research and development, and in new facilities. YCH is also devoting considerable attention to the environmental aspect of its operations, including a goal of reducing water use by 20 percent at its Yakima location and installing solar generators.

No-Li Brewhouse used to operate as Northern Lights Brewing, but while the name may have contracted, the business hasnt. No-Li produced 11,200 barrels in 2016 (vs. 2,400 in 2013). Its niche is local, and all ingredients come from within 300 miles of the city. But it has also landed accounts in Colorado and the Washington, D.C., market, and is embarking on a pilot project with a western Washington brewer with an eye toward expanding its market reach.