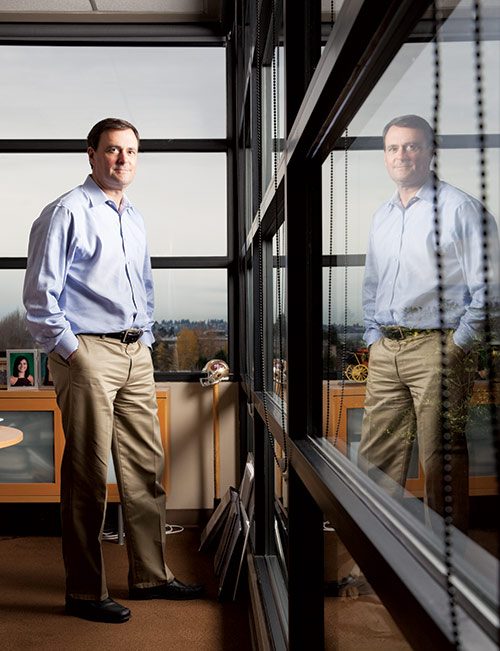 For Steve Weed, it is both gratifying and frustrating that the most frequently asked question the founder of the upstart, gigabit-speed broadband provider receives is, “When can I get your service where I live?” It’s why Weed’s focus has been to build out rapidly the company’s fiber-optic network, which is expected to total 6,500 miles after its latest expansion.

Some of that growth has been from construction, some through acquisition of other providers. After leading two financial rounds totaling more than $1.1 billion since its founding in 2002, the Kirkland-based company has made 18 acquisitions that extend its reach from the San Francisco Bay Area to the Canadian border.

Weed estimates that roughly 80 percent of his business customers need high speed access to function more efficiently in the cloud. He believes Wave’s newness allows it to compete with giants Comcast and CenturyLink, which still have to support far slower legacy technologies on their networks. “We’re local and small enough to give superior satisfaction than the big guys,” Weed explains, “but big enough to serve much of the West Coast.”

Ironically, it’s the metropolitan market in Wave’s own backyard that is the toughest to crack. Seattle, while supportive, is among the slowest cities to grant permits for new cable, he notes. To those awaiting his service, he offers this assurance: “We’re building as fast as we can.”