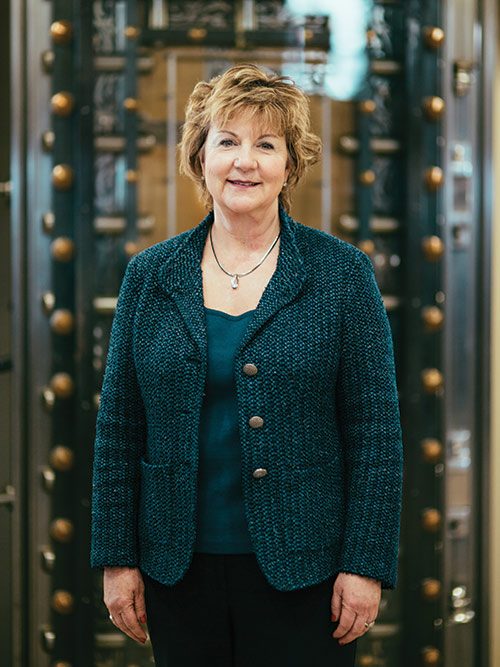 Chairwoman of the Board & Retired CEO, Baker Boyer Bank

For Megan Clubb, the way Baker Boyer Bank responded to the 2008 financial crisis helped define how the Walla Walla institution differs from other financial institutions.

“People had fears and wanted answers,” Clubb recalls, so she was determined to communicate the bank’s soundness as well as explain what was going on. “We’re proud that Baker Boyer has set our clients up for success when times are good and for survival when times get tough.”

That’s no surprise for a fifth-generation descendant of cofounder D.S. Baker, a merchant whom local gold miners grew to trust. Clubb drew upon those roots to bring the firm’s banking and investment arms together into a comprehensive advising and planning platform. That decision helped position Baker Boyer as an asset management resource. It also helped Baker Boyer not only survive the long downturn but grow to $550 million in assets and more than $1.3 billion under management.

After 13 years as CEO, Clubb retired at the end of 2015, continuing as chairwoman of the board. Now in her 26th year with Baker Boyer, she looks back on a career that wound through success in other cities — including a consulting firm in Seattle and a finance group in San Francisco — but ultimately found its fulfillment back in Walla Walla, where her family roots run deep.